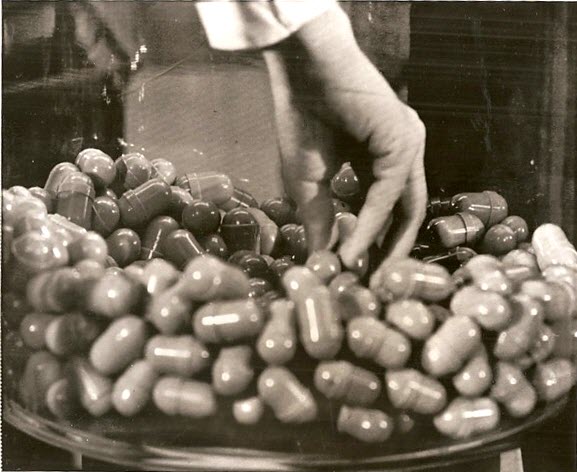 Take a moment and ponder. What could this be? A new miracle drug perhaps? Space Age food capsules? Hmmmm.

OK, give up? After the jump is the original AP photo, with the caption information.

Here’s the caption information, in case it’s too hard to read on the image:

Washington, D.C., December 2, 1969 — RANDOM CHOICE — Capsules containing days of the year are picked, one by one, during lottery last night at Selective Service headquarters in Washington. The first draft lottery in 27 years is to set the order for next year’s draft.

There you have it. Inside those little capsules were the fates of young American men who were eligible for the draft. And for many, that meant a ticket to the Vietnam War.

« Sunday Jazz: First Cosins Jazz Ensemble, ‘For the Cos of Jazz’