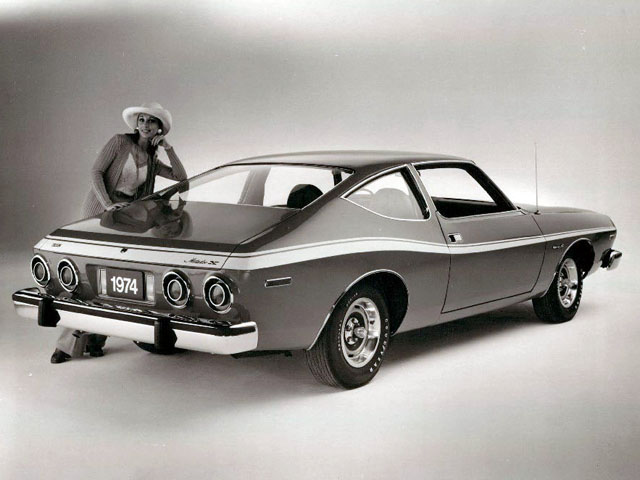 One of my favorite past-times is combing the vast archive of press wire photos on eBay. I’ve found all sorts of neat things there, but one of my current obsessions is old automobile press photography. So here is the first of what I hope will be many galleries featuring ten classic American cars, mainly from the mid-century period. Apologies in advance if I get some of the years or models wrong — I can only go off what the original auction listed. Also, those marks you see on some of the photos are original editorial markings, so you know these are 100% real!

For much more detailed looks at classic American cars, check out my ad galleries for the 1970 Dodge, 1975 Chevrolet, and 1982 AMC lineups.

If anyone can tell me what the model is for this ’37 Dodge I’d be most appreciative.

You could never get away with sitting on the hood of a car now, unless you feel like removing a big dent.

Designs inspired by the Jet Age lived on into the early 1960s.

German-made Opel automobiles appeared under their own name in the U.S. from 1958 to 1975, when they were sold through Buick dealers as captive imports.

Behold the Strange Beauty of the Metal Ballads Album Covers »