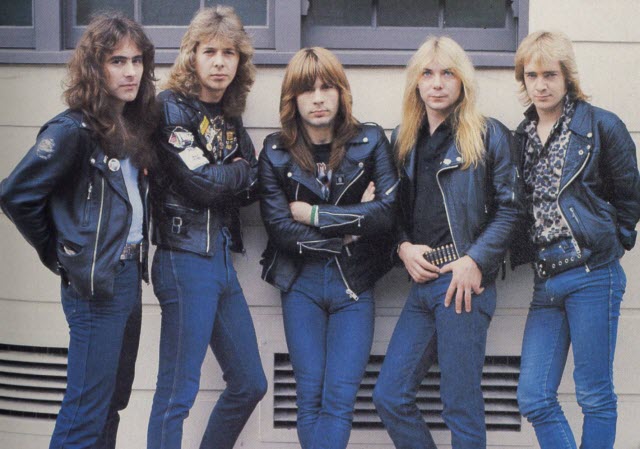 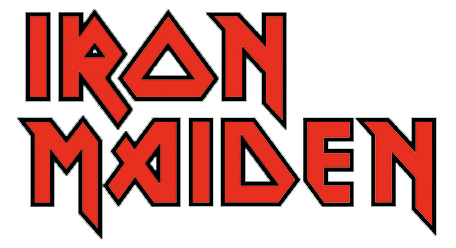 It’s no exaggeration to say that Iron Maiden has not only been one of the most influential heavy metal bands of the last thirty or so years, but they’ve also been one of the greatest. They were one of my first musical loves and to this day are part of my personal trinity of unshakable favorites (next to Kiss and Rush).

It’s high time I devoted more space to the mighty Maiden, so I thought a trip down memory lane would be nice. Here are the numerous lineups Iron Maiden has known since Steve Harris formed it on Christmas Day 1975. Up the irons! 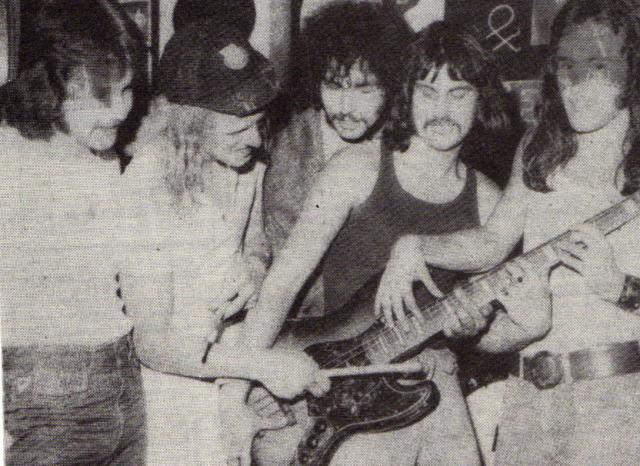 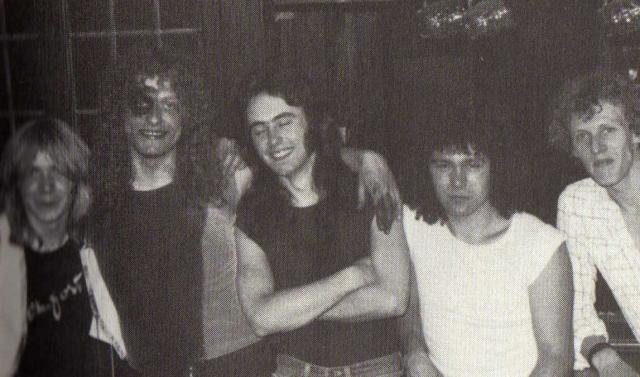 The first of many lineup changes to come in the ’70s hit when Paul Day was booted for new vocalist Dennis Wilcock (2nd from left), sporting some Kiss-inspired makeup. Both Sullivan and Rance were replaced on guitar by Dave Murray (left) and Bob Sawyer (2nd from right). 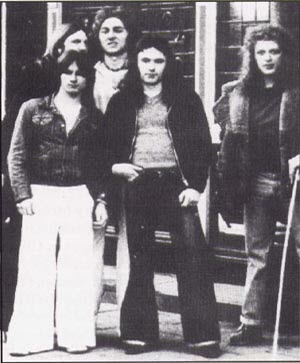 Perhaps Iron Maiden’s shortest-lived lineup. Wilcock convinced Harris to fire (temporarily) Murray, who was replaced on guitar by Terry Wapram (center). New drummer Barry Purkis (aka Thunderstick) was infamously rumored to have fallen asleep during a gig. The band even dabbled with keyboards, adding Tony Moore (left) to the lineup. 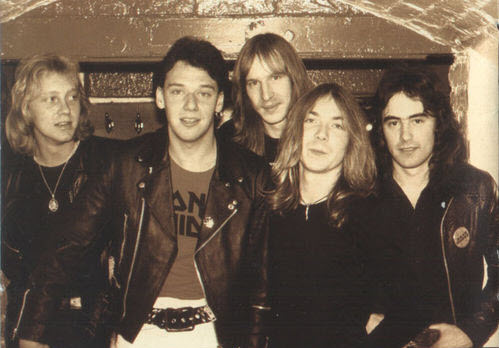 Exit Wilcock, Wapram, and Moore — enter Paul Di’Anno on lead vocals, Doug Sampson on drums, and welcome back Dave Murray! The second guitarist slot gets fuzzy during this period, and was held by three men in two years. Paul Cairns was in the band for three months but exited in early ’78. His replacement, Paul Todd, was in the band for all of a week, but was barred by his girlfriend from performing with them.

Pictured above is Tony Parsons (center), who lasted just two months. Iron Maiden entered the studio on New Year’s Eve 1978 as a quartet and recorded three songs that emerged in November 1979 as The Soundhouse Tapes. The first two are early forms of “Prowler” and “Iron Maiden,” and the third (linked below) is “Invasion,” which later became the B-side to the 1981 “Women in Uniform” single.

With new second guitarist Dennis Stratton (center) and new drummer Clive Burr (left) in tow, Iron Maiden released their self-titled debut album in April 1980. Stratton departed in October — after a European tour in support of Kiss — due to the always popular “musical differences,” although in subsequent years he has cited friction between he and group manager Rod Smallwood.

Adrian Smith (right) replaced Stratton and made his recorded debut with the band on 1981’s outstanding Killers LP. It turned out to be Di’Anno’s last hurrah with the group. Increasing substance abuse and a lack of dependability on stage made him a liability and Maiden fired him at the end of the summer.

Maiden took a huge leap forward when former Samson lead vocalist Bruce Dickinson (center) joined the group for the all-time metal classic The Number of the Beast. The only thing tighter than this new lineup’s music was their jeans, but it was not to last (the lineup, not the jeans).

Burr left the band at the end of 1982 and Iron Maiden recruited Trust drummer Nicko McBrain to replace him. With McBrain (second from right) in the fold, Iron Maiden’s most well-known and successful lineup was in place. This version of the band released a string of four million-selling records (Piece of Mind, Powerslave, Somewhere in Time, and Seventh Son of a Seventh Son) and embarked on sold-out, worldwide tours for the rest of the ’80s. 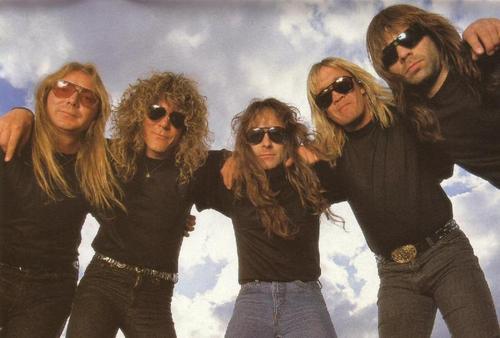 Unhappy with the band’s direction, Adrian Smith left during pre-production for what would become 1990’s No Prayer for the Dying album. His replacement, Janick Gers, already had ties to the group. In 1985 he was a member of the short-lived Gogmagog, featuring Maiden alumni Paul Di’Anno and Clive Burr. In 1989 he played guitar on Bruce Dickinson’s “Bring Your Daughter… to the Slaughter” solo single for the A Nightmare on Elm Street 5 soundtrack. He went on to provide all the guitar’s for Dickinson’s 1990 solo LP, Tattooed Millionaire.

It was during the recording of that album that Gers was asked to replace the newly departed Smith, and he has been with Iron Maiden ever since.

Shocking Maiden fans the world over, Bruce Dickinson left the band in 1993 to pursue his solo career full-time. History tells us that bands don’t fare too well with a third main lead singer, but the band gave it a shot and hired long-time Wolfsbane singer Blaze Bayley (center). Two albums — The X Factor and Virtual XI — failed to match the sales of previous record and fans voiced unhappiness with Bayley’s much different singing style.

Immediately after Dickinson agreed to rejoin Iron Maiden, the group convinced Adrian Smith to return as well. The band now had its most popular lineup back, along with Janick Gers, to form a three-guitar powered sextet. This lineup has released four well-received records — Brave New World, Dance of Death, A Matter of Life and Death, and The Final Frontier — and continues to gain new fans all over the world.

As of this writing, the band has not ruled out a sixteenth studio album.