Is There a Proper Way to Appreciate Nostalgia? 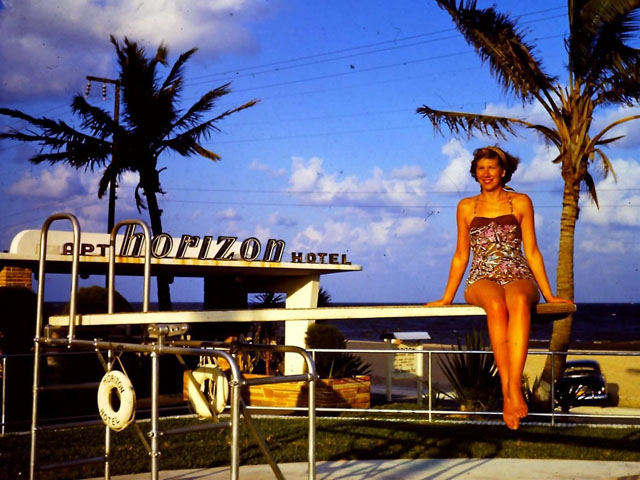 “‘Remember when’ is the lowest form of conversation.” — Tony Soprano

Anyone reading this site or my various social media outlets — Like my Facebook page today! — could figure out in three seconds that I trade largely in the past. And often, a past that occurred many years before I was born. In other words, my internet calling card is nostalgia. And I’m far from alone.

If the multitude of websites, books, TV shows, and movies that are either informed or dominated by our shared pop culture heritage are any indication, people love thinking about and looking at things that happened a long time ago. If nostalgia were an actual industry — and time spent wading in it were measurable in dollars — it would probably rank somewhere just behind pharmaceuticals or tourism in America.

There are, of course, a host of options for how that nostalgia is packaged and consumed. To my mind there are two extremes on the internet, with varying shades in between. On the one hand you have sites that dive deep into the past and explore historical events and pop culture phenomena of the past within a rather broad context. They offer fresh perspective on things and people we venerate, take for granted, or have completely forgotten.

Then there are whole websites or sections of websites that exist solely to say, in effect, “Hey, remember this thing? It existed!” Think of things like the much-derided Buzzfeed listicles, or websites like Retronaut, much of Tumblr (or at least the blogs I follow), and even this site and its associated offshoots. The point is usually not to examine and frame any discussion or provide insight, but rather to simply catalog things from the past in an easy, quickly digestible form.

Now here’s where things get a little contentious. Neither of these paths of exploration is more valid than the other. I love to read 1,000-word critiques of old television shows just as much as I like looking at pictures of old cars or street scenes with absolutely no context provided. But to listen to many, the latter is somehow cheaper than the former. This sort of opinion is usually spewed forth from the self-righteous, self-appointed Guardians of Worthy Internet Remembrance, and it’s a load of shit.

Now when it comes to the way I do things on the internet, I follow but one ironclad rule: I only share things that I find interesting or appealing in some way. Maybe there’s an interesting history behind an old retail chain like Crazy Eddie, maybe I want to share a great old jazz tune that deserves more recognition, or maybe it’s just a bunch of funny old album covers featuring dorky white people. Either way, I was moved enough to take the time and prepare a post for the world to see. If I have the time and resources to write 500 words to accompany some cool pictures, great, but sometimes looking at a picture of Marilyn Monroe or a ’57 Chevy is enough — know what I mean?

Several years ago I commented on the ridiculous term “guilty pleasure,” and how there should really should be no such thing. Well there’s a corollary for nostalgia as well, and it basically goes like this — however you want to think about or enjoy the past, as least as it pertains to pop culture, is up to you and anyone that says otherwise is a snob. If you want to obsess over old cars, actresses, or songs, then go for it. If you love reading deep examinations of days gone by, great. If you prefer reading bite-size lists — and lots of people do — or just taking five seconds out of your day to remember something trivial, that’s great too.

And hey, even if you want to spend all your free time living in the past at the total exclusion of present pop culture, that’s fine too. I don’t personally do that, despite what you may see here, but to each their own. Life is way too short to worry about whether or not other people find any of it acceptable.

« Film at 11: A Gallery of Vintage TV News Program Ads