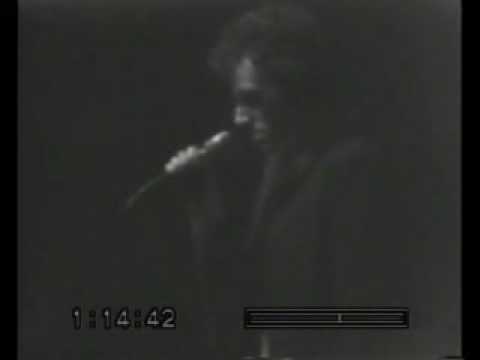 As an adult, early childhood memories often seem like a blurry haze, but there are always a few that hang around.  When I was 3 years old I was fascinated with my parents’ turntable.  Any chance I got I would fiddle around with it, either playing their albums or one of my many Sesame Street records.  Music made me feel alive and I know my lifelong passion for it started then.

One of the albums that I literally wore out was Born to Run.  I played that over and over again, until my parents were forced to buy me my own turntable, and another unscratched copy for themselves.  I scribbled on the cover over Bruce and Clarence and memorized the lyrics, even though I was far too young to understand them.  Before I even knew why, I fell deeply in love with Bruce Springsteen and the E Street Band, particularly the last song on Born to Run, “Jungleland.”  There was something about the song -– particularly Clemons’ outstanding sax solo -– that spoke to me.

Several years ago I told my husband that I wanted to see them live, and I did in 2003 at Giants Stadium.  The band was excellent but the seats and the crowd were awful, to the point where it took away from the show and I ultimately went home disappointed.  In 2009 I was fortunate enough to attend the show at Madison Square Garden where they played The River in its entirety, and it was magical.  I will be forever grateful for that moment when I got to share something so wonderful with a band that has been with me for as long as I can remember.

Clarence Clemons, you have made an indelible impression on my life and you will be missed.  Thank you for going to The Student Prince that night.  Thank you for making music so beautiful that it makes me cry.  Thank you for being one of the three most important people in the world.  It’s just not the same without you.

« Why the Hell Should I Like… post-‘Thriller’ Michael Jackson?

Listening booth — Wings, “Must Do Something About It” »