After a lengthy break, it’s time for another retro football card designed by yours truly. I didn’t intend for this series to be so quarterback-heavy, but I can’t overlook the great performance turned in by rookie Colts QB Andrew Luck last weekend.

Against the Miami Dolphins in Week 9, Luck passed for an NFL rookie record 433 yards. It was his fourth 300-yard-plus passing performance this season, only the second time a rookie QB has done that. The first? Peyton Manning. So yeah, I think #12 deserves this.

This card is based on a 1989 Pro Set card for former Colts quarterback Chris Chandler.  I picked ’89 since Luck was born that year. I had some trouble finding the right typeface for the name, and ended up using Haettenschweiler. If anyone reading this can think of a better choice, let me know! 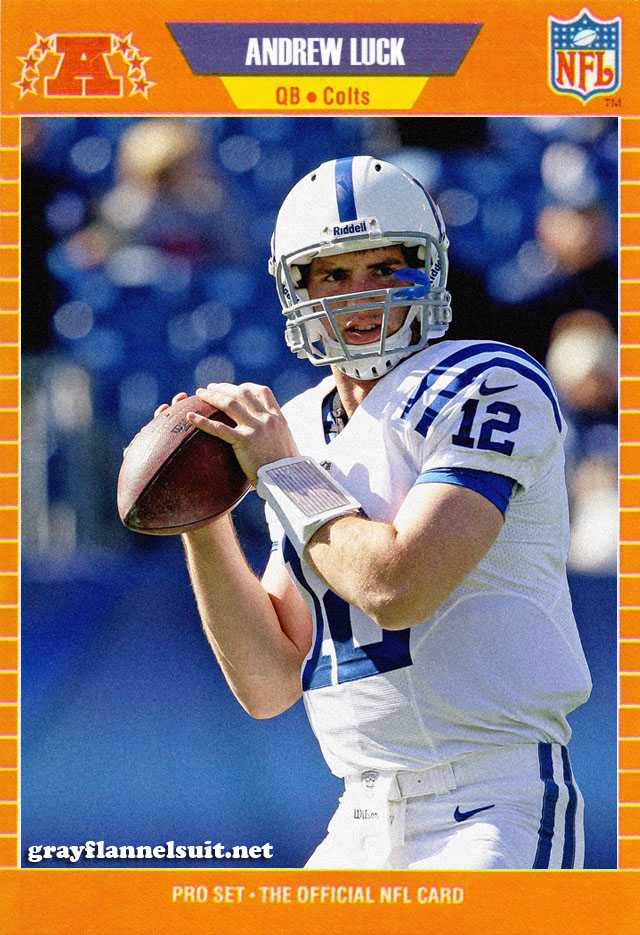