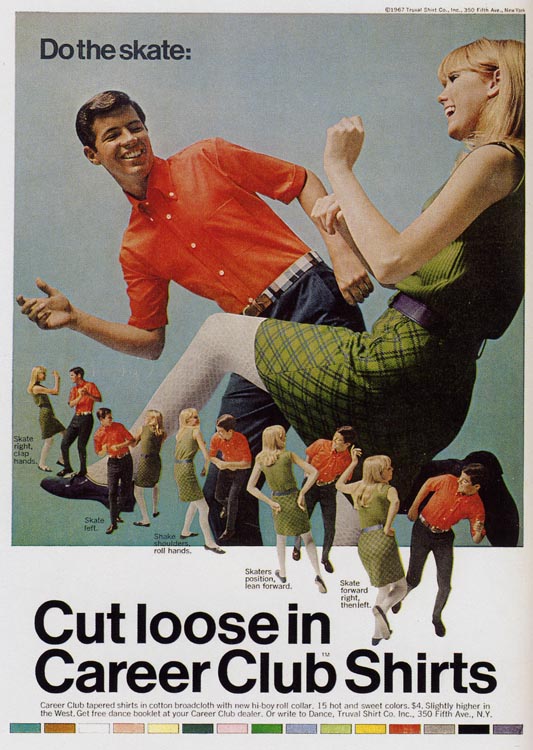 I’m willing to accept that ‘fashionable’ is a relative term, one whose definition changes almost daily. So I can see how his ugly-ass belt — as well as her entire outfit — might have been considered pretty hip back in the day. But you will never convince me that this grotesque farce of a ‘dance’ was ever popular, let alone socially acceptable.

This was published in 1967 — the dawn of the Psychedelic Era in the United States, as well as the height of Motown’s popularity. As this ad shows, never has the disconnect between advertising executives and the youth culture of America been thrown so sharply into focus.

(Yes, I do know that the Skate was in fact a real dance. But man oh man, was it ever white bread. Guess that’s what you look like when you spend most of your adolescence suppressing your emotions.)