Print advertisements, brochures, and TV commercials help give us a glimpse into the automotive past. Today’s ad collection shines a spotlight on the 1960 Ford Motor Company domestic American car lineup, which featured four main models — the brand-new, compact Falcon, full-size Fairlane and Galaxie, and the second-generation, luxury Thunderbird — as well as the usual assortment of wagons and trucks.

1960 was a fairly significant year for Ford in terms of change. On the consumer front, the recently introduced Galaxie was completely remodeled, while the Falcon made its debut. The Falcon represented Ford’s entry into the compact car market, and its development was spearheaded by company president Robert S. McNamara — who in 1961 became United States Secretary of Defense under President John F. Kennedy. The Falcon was marketed along with the third-generation Fairlane as Ford’s “Economy Twins.”

One of the curious things about Ford’s 1960 campaign is their use of the Peanuts characters to sell cars. They showed up both in print ads (see one of the Falcon entries below) and TV spots. I guess I shouldn’t be surprised since Snoopy’s been hawking life insurance for years, but still, it’s pretty bizarre to see Charlie Brown and his friends smoking cigars to celebrate new Fords. 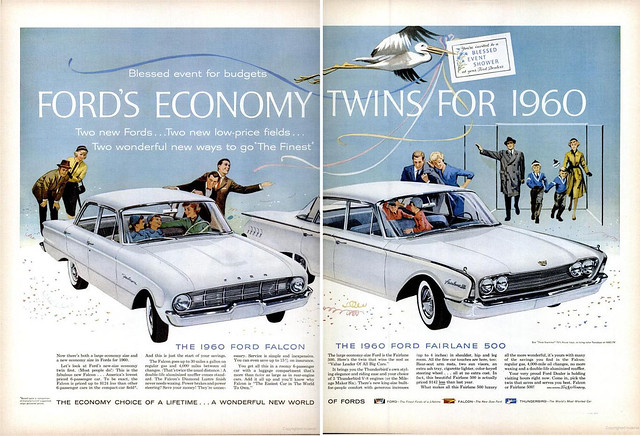 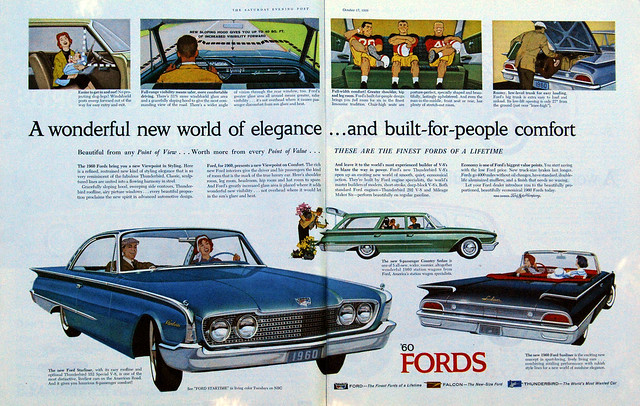 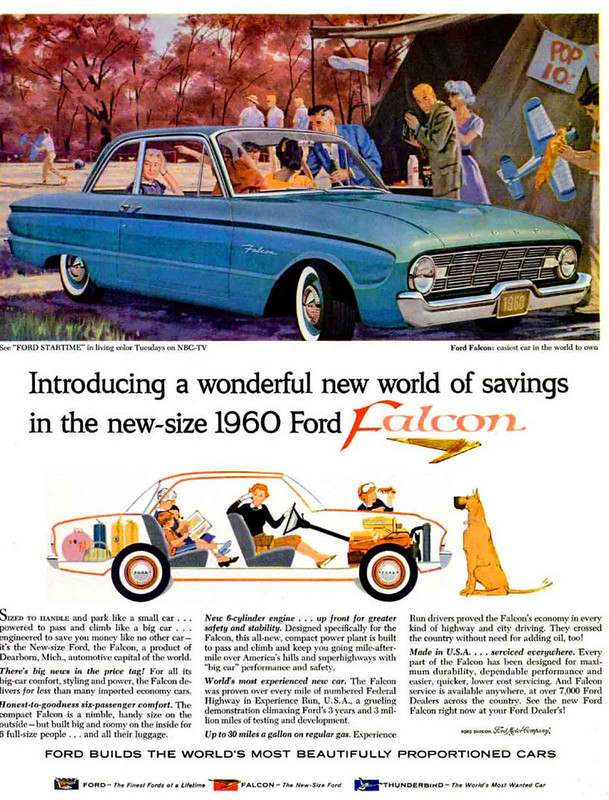 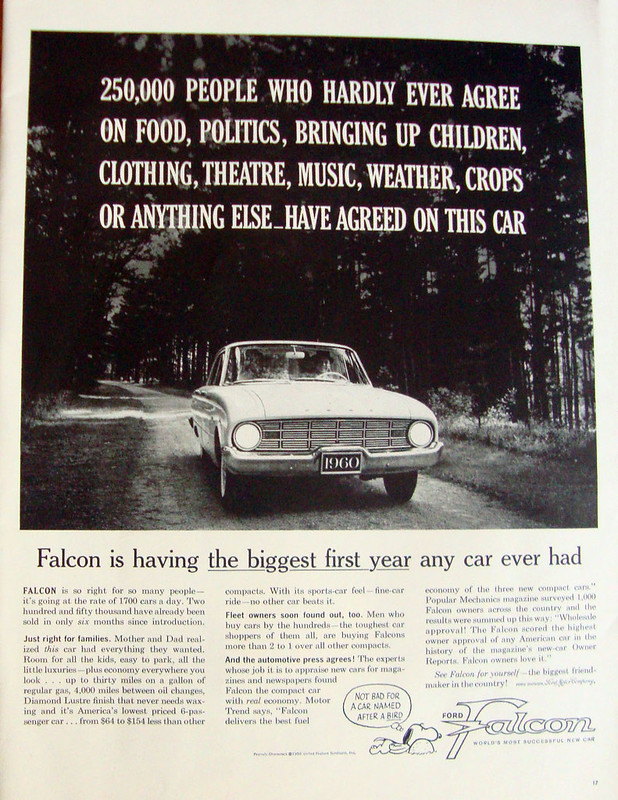 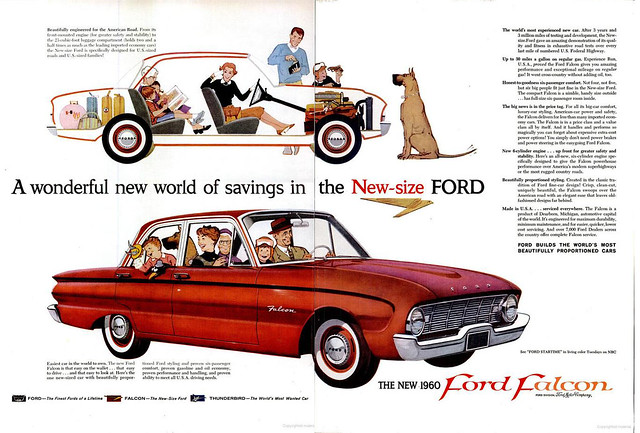 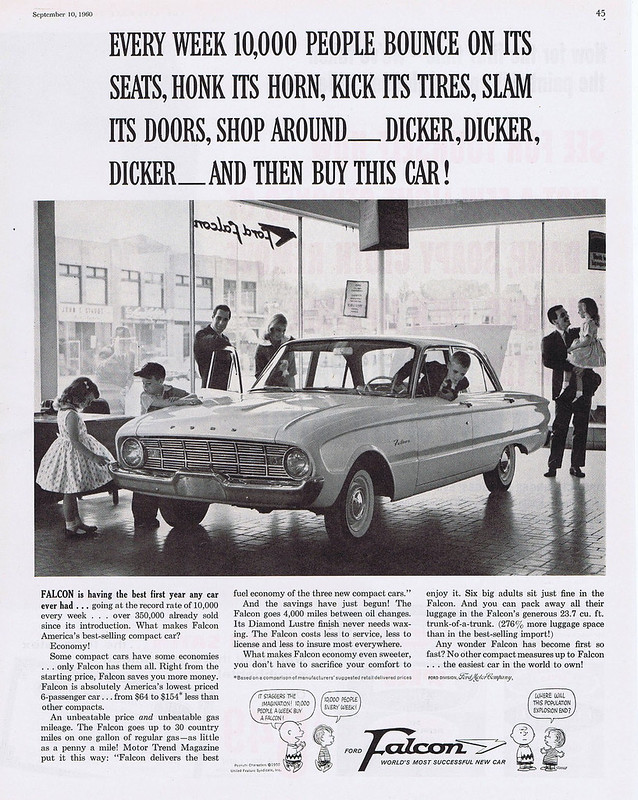 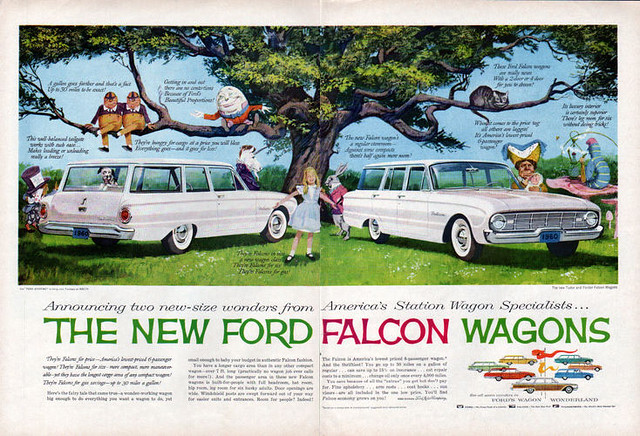 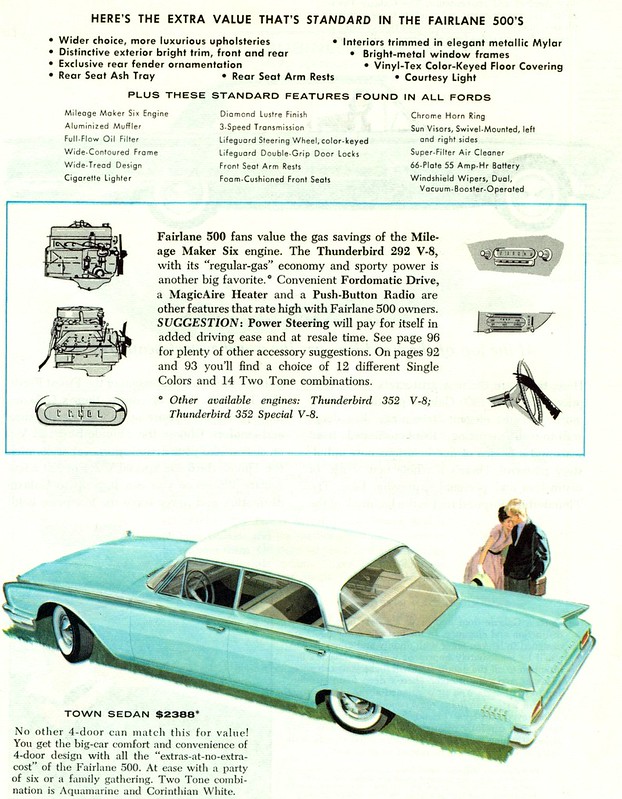 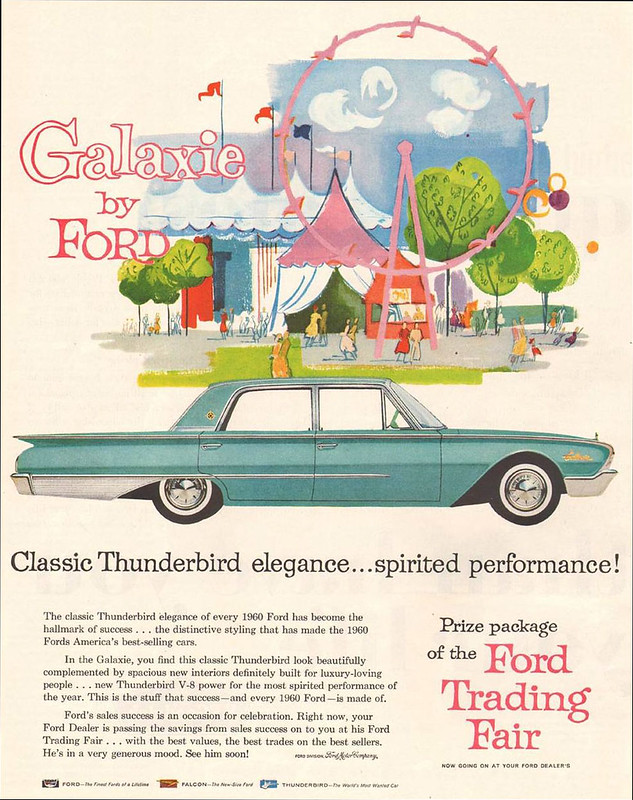 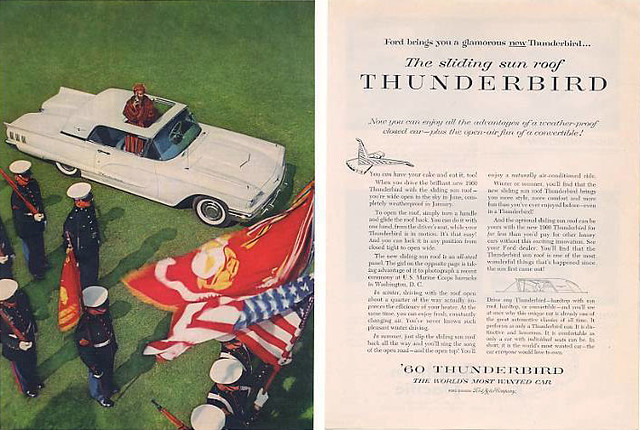 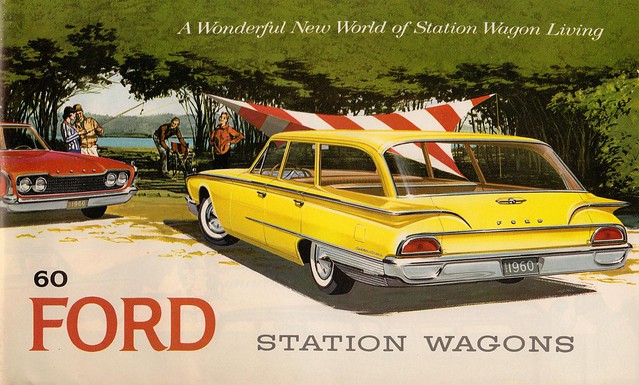 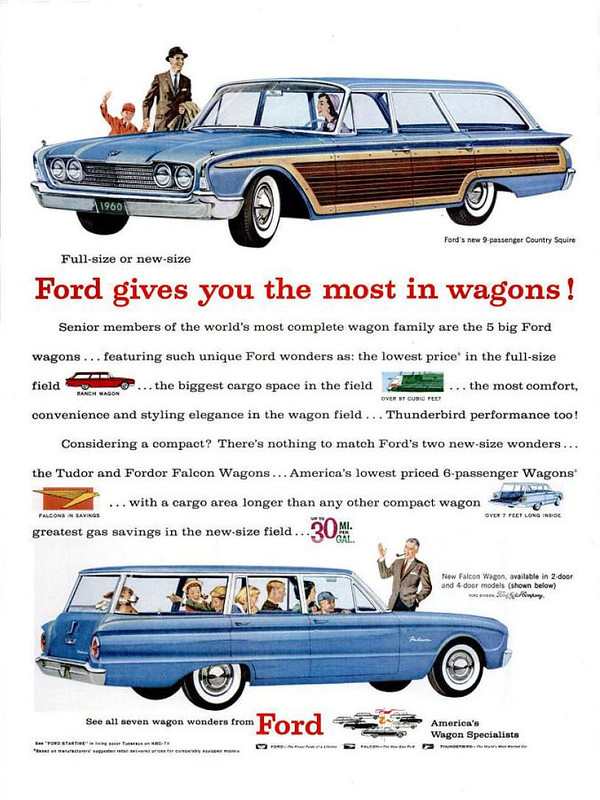 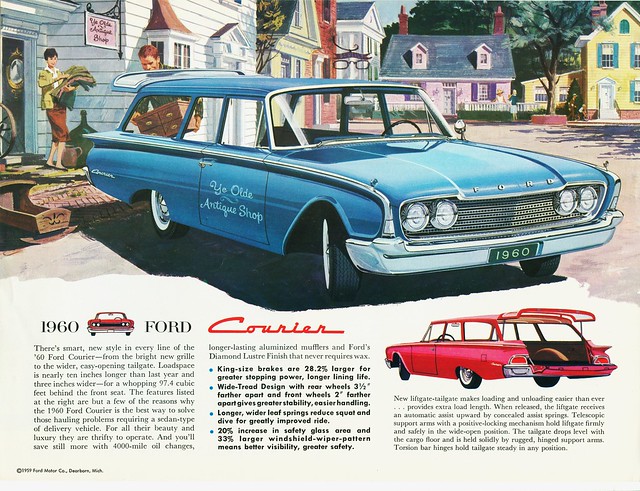 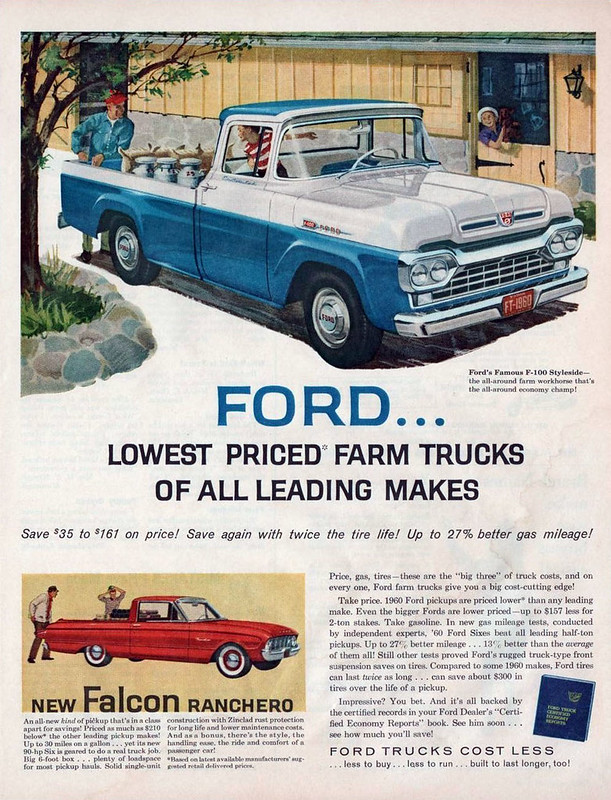 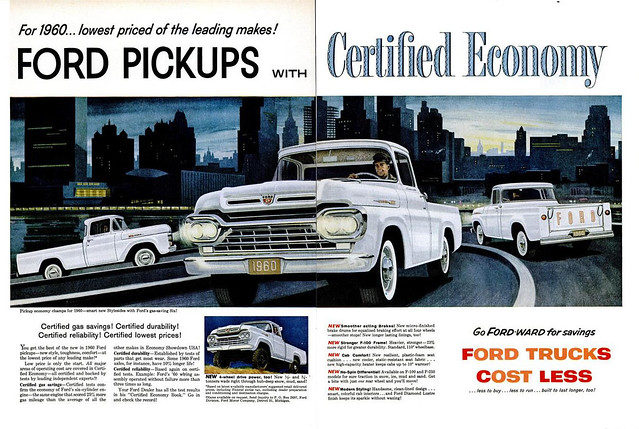 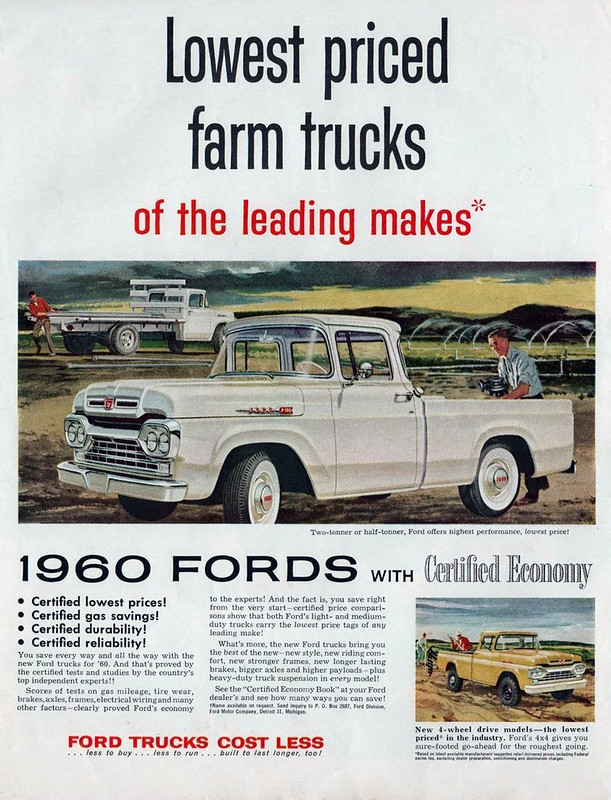 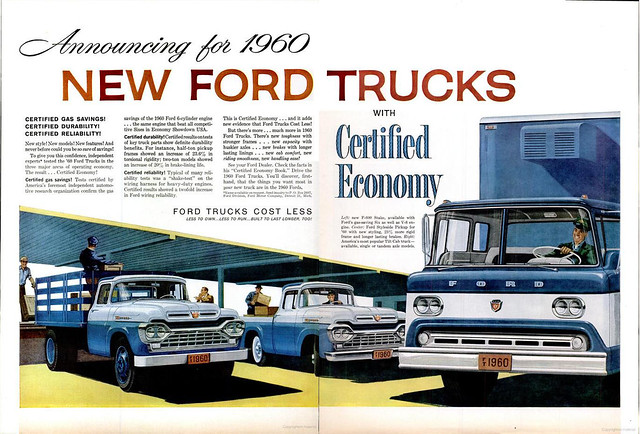 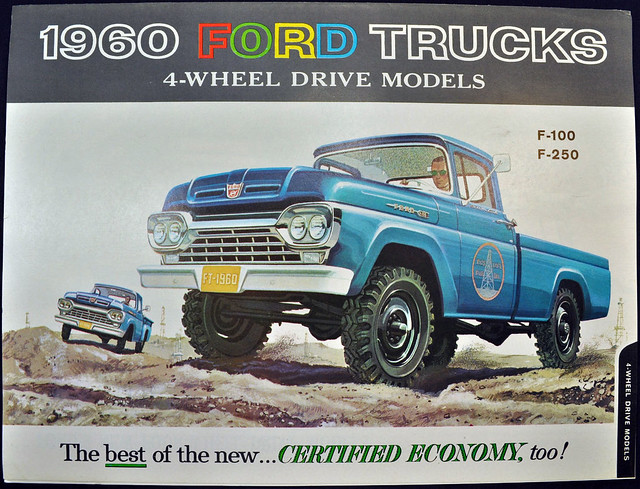 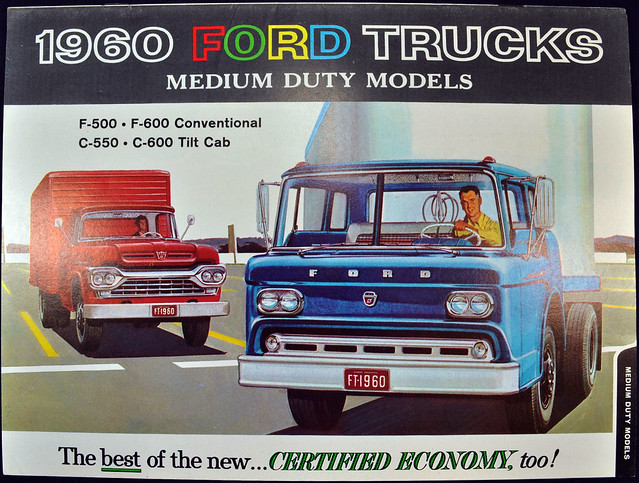 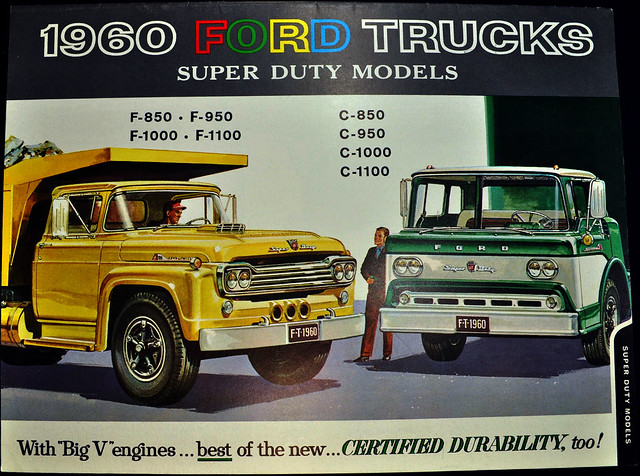 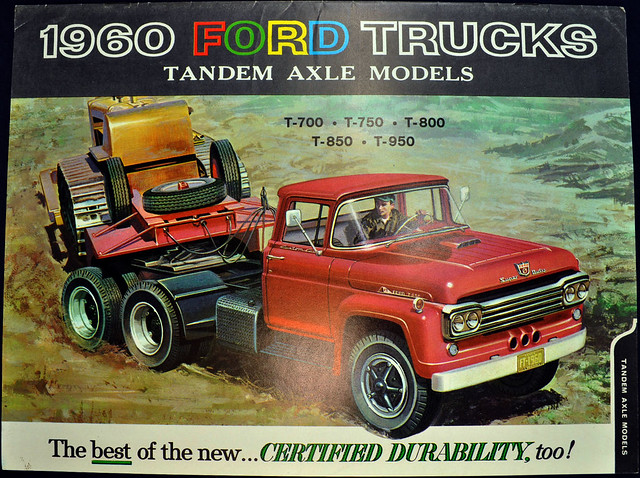 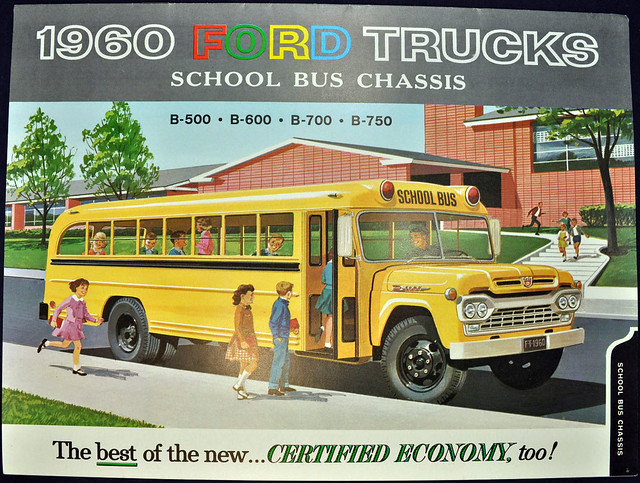 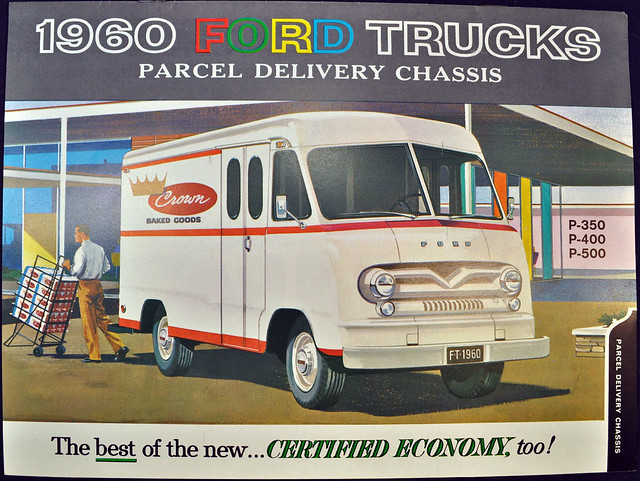 (Some brochure images sourced from The Old Car Manual Project.)