I wouldn’t go so far as to say that 1975 was a great year because that’s when I was born but it’s totally the case. And that’s pretty much all the inspiration behind the choice for this car capsule. It features Chevrolet, perhaps the most All-American automotive brand around (sorry Ford fans).

Chevy’s slogan for the 1975 model year was “Chevrolet Makes Sense for America,” which was a recession-themed tagline carried over from the previous year, according to this very in-depth look at Chevy marketing. Their TV ads sported a catchy little jingle titled “Baseball, Hot Dogs, Apple Pie, and Chevrolet.”

And the ’75 Chevy lineup was rather a large one, featuring nearly a dozen passenger cars. And here they are, ads and brochure pages for every Chevy model from the subcompact Vega to the mid-size Monte Carlo, and finally to the legendary Camaro and Corvette. You can click on the 2-page ads to see a larger version. 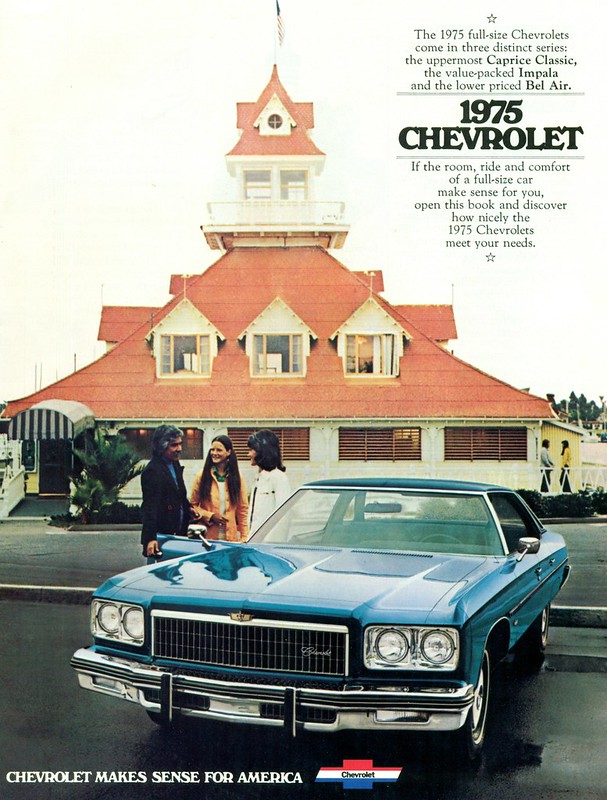 I hope you enjoyed this look at the 1975 Chevrolet new car and truck lineup. Get one fast, because we’re about to make from the ’76 Chevys!