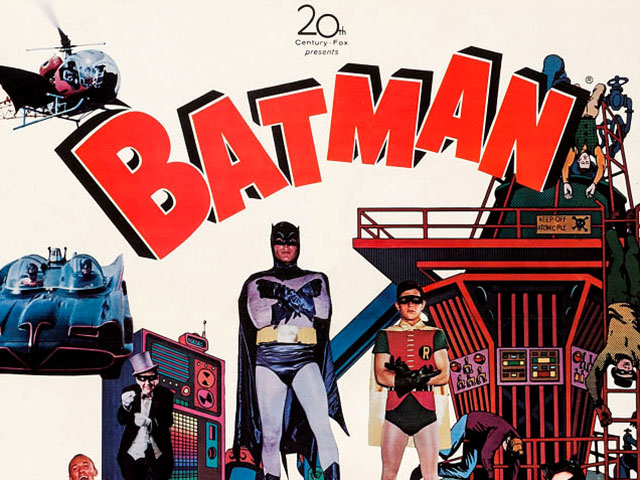 Despite the tragic death of Heath Ledger, the intense ad campaign for The Dark Knight continues. Most of these ads reflect the rather dark and disturbing mood the film is sure to revel in. And for many Bat-fans, this is how it should be. 1966’s full-length feature movie Batman is, at its core, a pretty dark and disturbing franchise about a kid whose parents are murdered and trains for years to become a high-tech vigilante.

But it wasn’t always this way. Despite the gritty origins of the character, ol’ Bats had become a bit watered down by about the mid-1950s. This is due to a number of factors, but chief among them was the restrictions placed on all comics by establishment of the Comics Code Authority in 1954. The height of the character’s neutering came about, however, with the 1966 debut of the Batman television series.

Thanks to the initial success of the show, a feature-length movie was filmed in April/May 1966 and released in July. It was accompanied, naturally, by a host of printed materials such as posters and whatnot. Many of these posters reflect the campy nature of the show and movie. Others are…well, they’re actually rather scary. Let’s take a look…

Here’s a pretty common poster used here in the U.S. Not a bad effort, but it’s a rather lazy cut ‘n’ paste job. 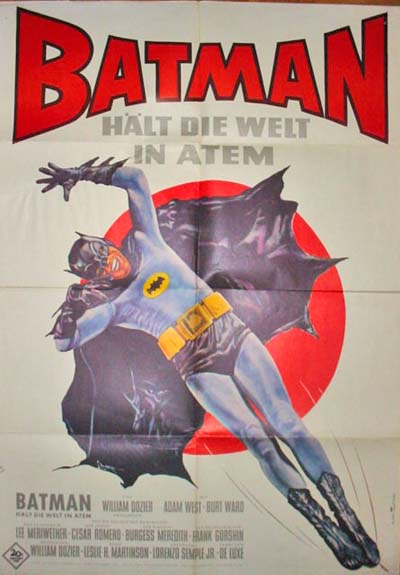 Holy nightmare juice, Batman! Leave it to the Germans. I can’t really tell who the villain is supposed to be here. On the first poster it appears that the Caped Crusader, on some sort of meth high, is gleefully skipping away after leaving poor Robin hanging on a high five. Meanwhile, the Riddler is totally checking out Catwoman’s ass.

Things aren’t looking much better in the second image, where Adam West (who has moved on to Ecstasy) seems to be anticipating the iconic image of Mena Suvari in American Beauty, while lounging atop a Japanese flag.

Ooooh, almost! This poster from Belgium almost has it all. It wisely included live-action shots of Robin, Catwoman, and the Riddler, and as a bonus it features images of the Batcopter and Batboat.

Can you figure out where it went wrong? If you guessed “oddly rendered drawing of Batman with the Amazing Technicolor body odor,” give yourself a gold star. I will also accept “creepy serial killer eyes.”

Just to the southeast, France actually turned in a pair of credible efforts. While these types of ads certainly wouldn’t work for today’s Bat-movies, they at least pick a style and stick with it. There’s nothing outright weird or embarrassing here but really, how cool can you make Adam West’s Batman look anyway?. And you just know they so wanted to place a cigarette between Catwoman’s fingers in the second one. 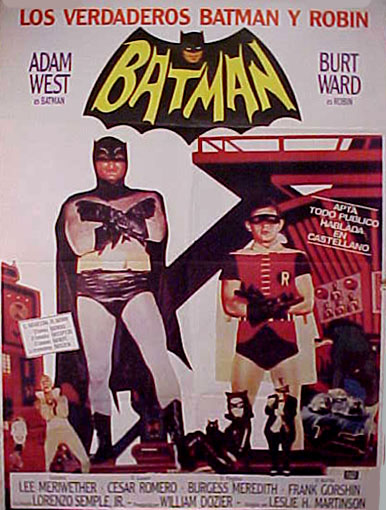 And hey, Argentina did an OK job too. Not many points for artistic merit, but it gets the job done. 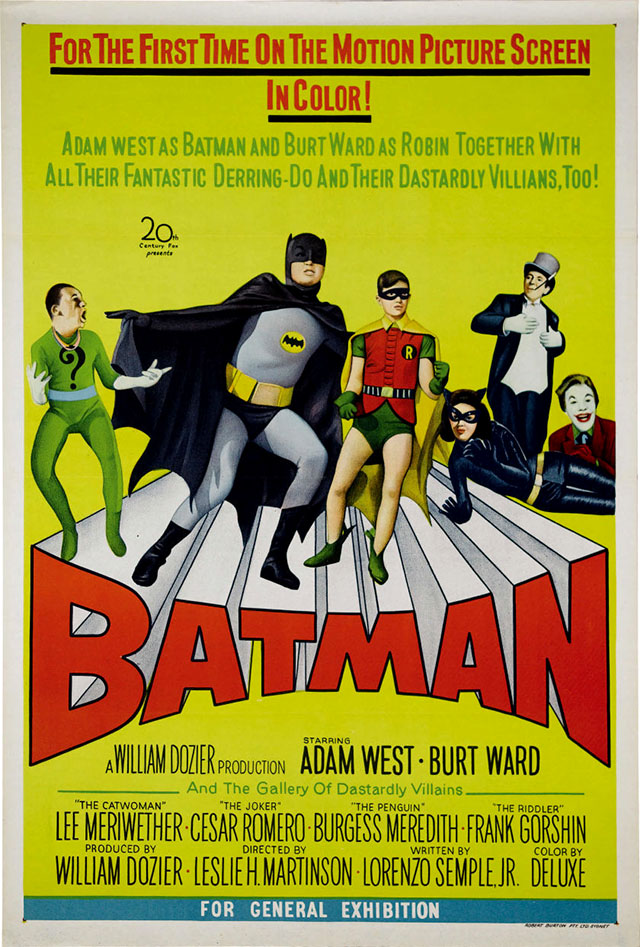 I’m not gonna lie here… this may be the worst of the bunch. At least the other ones that failed did so because they went for something bold (albeit weird). But this is just amateur hour all the way. Shame on you, Australia.

If ever there was a country custom-made to embrace the full camp and fun of 1960s Batman, it’s Japan. 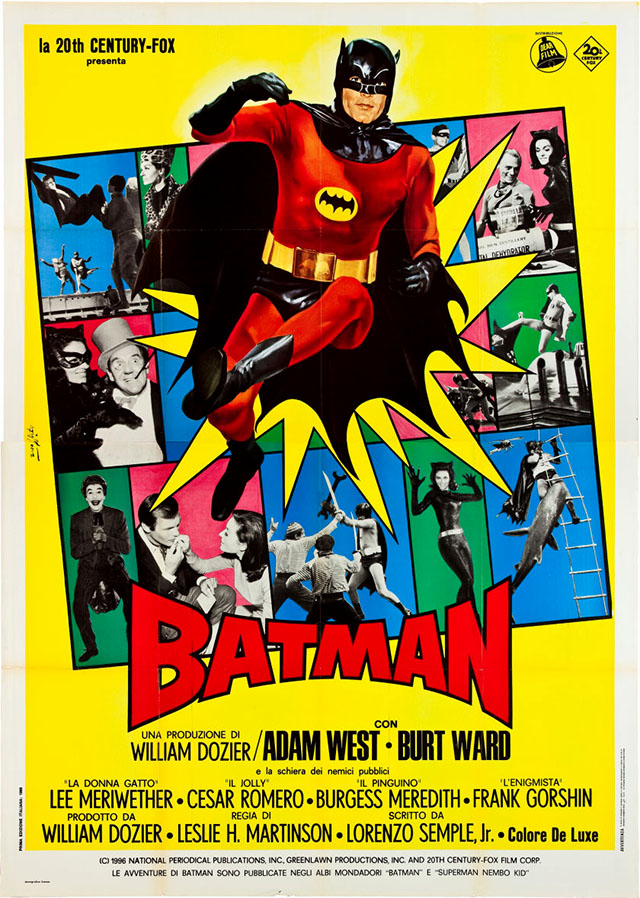 I like this one. It makes the most of the movie’s camp characters, and the use of color really makes it pop. This was designed by Enzo Nistri.

And finally — I don’t know who put this together but it’s quite clever. I got it from the Bat-Blog.  I give you…Batman Began!

« More mysteries of the universe

Album cover of the week: The Sounds of Jimmy Smith »