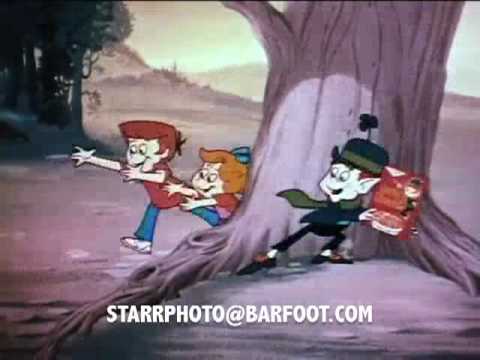 Ah, cold breakfast cereal. A little bit of heaven in a bowl, yes? I subscribe to the theory that you’re never too old to enjoy a big bowl of cereal. I also believe that all it takes to feel young again is to sit back and watch some vintage cereal commercials, so here we go!

Is it just me, or do kids usually come off as really obnoxious in these ads?

That’s Tony the Tiger as voiced by the legendary Thurl Ravenscroft, of course.

I think I choose the one who doesn’t sound like a really bad Catskills night club act.

Ah yes, those villainous Soggies. The last line of defense between this cereal and a shredded mouth.

For a cheap attempt to cash in on a hot video game, this was one damn good cereal. One of the first real disappointments of my young life was when General Mills discontinued this.

Sugar Bear is cooler than the other side of the pillow. And he was totally hip to that whole clean air kick before it was the in thing.

Kids, Sonny may seem like a funny bird who loves cereal. But in fact, he has a sickness. Look for him on the next episode of A&E’s Intervention.

A “touch of brown sugar” eh? Oh my, I bet they loved this ad in the Deep South.

I’m not sure why General Mills thought that making the Boo Berry mascot sound like Peter Lorre would move boxes of cereal, but then again the ’70s were a weird time, man.

Let’s just put this to bed now — Mikey did not die from a stomach explosion after eating Pop Rocks and soda. He in fact died as part of a ritual mass suicide committed by a New Age cult he joined in the early 1980s.

« Album cover of the week: Voices

Cross-pollination: Beyond the Wonder (Right Said Fred) on Popdose »