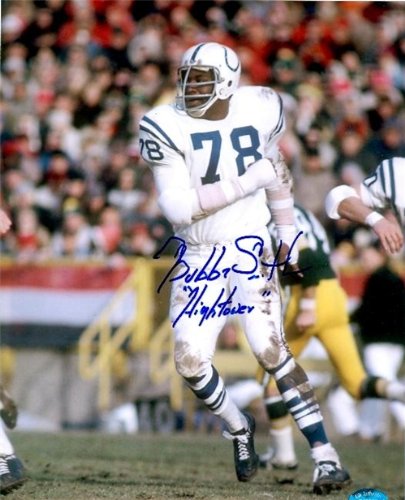 NFL and movie great Charles Aaron “Bubba” Smith, who has died at age 66, is now free to crush quarterbacks and Honda Civics in heaven. Let’s take a look at some of his most memorable work, both in the NFL and in his post-football career.

Until It Hurts (Bubba’s exercise video)

Smith (#78) knocked Raiders starting QB Daryle Lamonica out of the game (skip to the hit), and the Colts went on to a 27-17 victory. They advanced to Super Bowl V and beat the Dallas Cowboys, 16-13. Incidentally, it’s a proven fact that hits in the NFL are twice as vicious when narrated by John Facenda.