A publicity still featuring William Shatner and Patricia Breslin, co-stars of the season two episode of The Twilight Zone entitled “Nick of Time.” It originally aired on November 18, 1960 on CBS. Shatner returned to the show in season five for one of its most iconic episodes, “Nightmare at 20,000 Feet.” 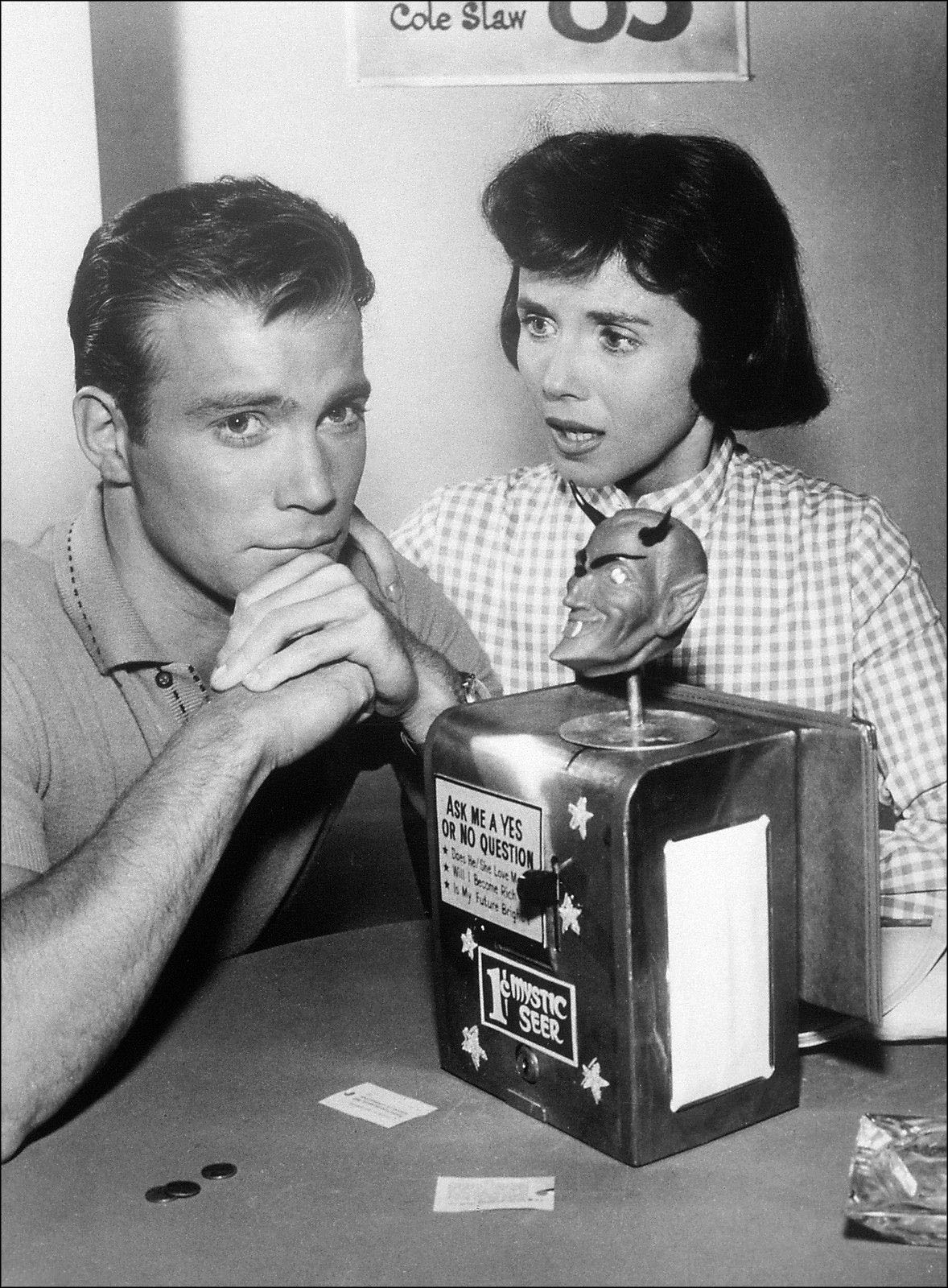