The Evolution of Batman

Since his introduction in Detective Comics #27 (May 1939), Batman has maintained a fairly consistent image. No doubt that’s part of his timeless appeal. That and he kicks lots of ass. So with the release of The Dark Knight Rises nearly upon us, I figured now was as good a time as any to look back at the evolution of the Caped Crusader, as seen in his major media incarnations.

For the sake of image size and my sanity I’ve not included every variation of Batman, but I think I’ve hit the most important and iconic ones. Here’s a lower-res sample of the the full infographic: 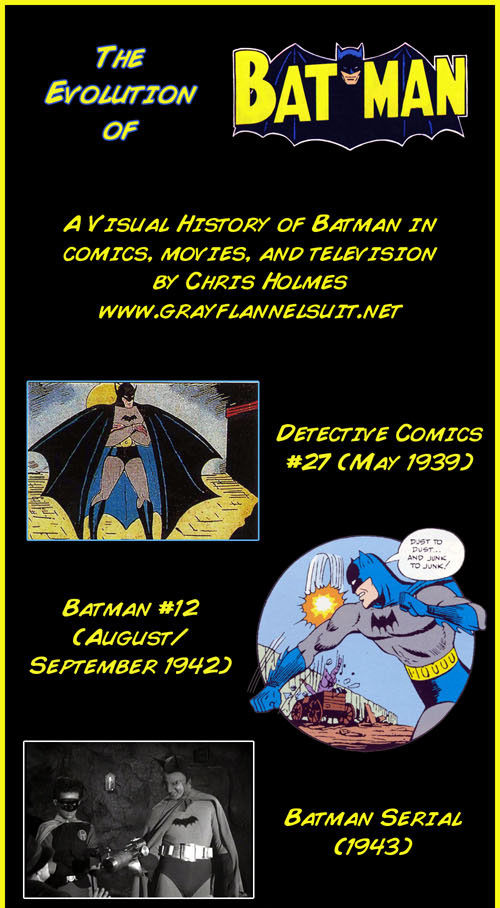 For the full-resolution version of this infographic, click HERE. You may need to right-click and open in a new tab/window if it doesn’t display correctly.

(If the Man of Steel is more your style, check out this Superman evolution gallery.)

« A Child’s Introduction to Jazz, Narrated by Cannonball Adderley

4 thoughts on “The Evolution of Batman”