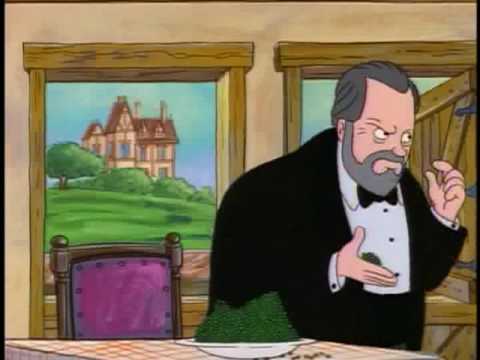 In light of Charlie Sheen (he of the fiery fists, tiger blood, and Adonis DNA) being in the midst of a full-blown public meltdown, I thought I’d recycle this post from March 24, 2008. If nothing else, it proves that Sheen is just the latest in a long line of celebrities acting with less than proper decorum.

Now that Easter’s over (well, one of them anyway), I thought I’d take a few minutes to celebrate anger. Not the kind of anger that starts wars or incites mindless violence, but rather the kind of anger that causes people in the public eye to make complete asses of themselves. In other words, the kind of anger we can all enjoy. So I’ve spent at least 20 minutes scouring YouTube for some prime examples of celebrity rage.

Mind you, I’m not attempting to judge anyone here. I doubt there’s anyone amongst us (among? I never remember.) who hasn’t looked back at some of our own outbursts and wondered how ridiculous we must have looked to others. Fortunately we had the benefit of not being recorded at the time. There is something to be said for being anonymous nobodies I guess.

The hyper-competitive world of professional sports tends to bring out the worst in people, and I’m hard-pressed to think of a better example of this than Chicago Cubs manager Lee Elia’s immortal post-game rant from April 29, 1983. The Cubbies, who had finished no better than 3rd in their division since 1972, had just suffered a one-run loss to the Dodgers to fall to 5-14 on the young season. This, combined with incessant booing from the few fans in attendance, seems to have driven Elia over the edge. As he unleashes his bitter tirade against Chicago fans you can almost hear the blood vessels in his head burst.

The thing about being the greatest drummer who ever lived is that it’s pretty much impossible for anyone you play with to measure up to your standards. Such was the case for the legendary Buddy Rich, who despite his generous nature was not averse to lashing out at the members of his big band for reasons ranging from sloppy playing to just having a beard. Rich’s rants usually took place on the band’s tour bus, and a number of them were secretly recorded and have been distributed for years as bootlegs bearing names like “The Bus Tapes” or simply “The Tapes.” Transcripts of some of the tapes can be found here.

Casey Kasem is sad about your dead dog.

The man from whom this entry got its name truly is an entertainment double-threat. In addition to founding and hosting the long-running American Top 40 radio show, Kasem is the talented voice actor behind Shaggy and numerous other cartoon characters from the ’70s and ’80s. But what most people know him from is a series of behind-the-scenes mini-breakdowns during his run on American Top 40. The most famous of these was recorded while sending out a dedication to a family’s recently deceased dog, Snuffles. Thanks to Casey I now know that uptempo songs and dead dogs don’t mix.

If Dennis Green brought nothing else to his three seasons as head coach of the Arizona Cardinals, he brought passion (just not a lot of wins). That passion was in full bloom following a brutal one-point loss to the Chicago Bears in October 2006. The 1-4 Cardinals, in desperate need of a win, were up 23-3 in the third quarter and seemed to be in control. Two Chicago fumble recoveries (both for TDs) and one 82-yard punt return for a touchdown later and Coors Light had more fodder for one of their lame commercials.

Orson Welles knows peas better than you do.

This is more of a slow, rolling boil than a full-on explosion, but what makes this classic is the story behind it. Orson Welles, the genius behind movies like Citizen Kane and Touch of Evil, was relegated to voicing over commercials when he had trouble getting funding for his independent film projects. During one such commercial for frozen peas, Welles saw fit to direct and rewrite the script as if it were his own project. Finally he gives up and walks out of the session. Again, over a commercial for frozen peas.

This incident was the inspiration behind a great gag on The Critic and a word-for-word homage on Animaniacs.

Another loss, another coach going apeshit while talking to the press. During this 1993 post-game press conference, Kansas City Royals skipper Hal McRae made it known to all present that he took issue with the questions directed at him. It’s all fun and games until somebody loses a tape recorder, people.

Elvis does not take drugs. Nope, not ever.

Less than 20 months before his death at the age of 42, the King took time out during a concert in Las Vegas to address a report that he was seen strung out on heroin. While the report in question may have been nothing but a rumor, Presley’s denial of any drug use is of course laughable. What’s slightly less laughable is not just his contempt for the working man (“freaks who carry your luggage up to the room”) but his very public threats of violence toward the rumormongers. What’s just plain scary is when the audience applauds these seemingly sincere threats of violence.

And the capper has to be that he ends the whole thing with his trademark “thankyouverymuch.”

Cross-pollination: Beyond the Wonder (Bertie Higgins) on Popdose »