The usual disclaimers about my year-end music lists still apply. I’m only one man and only have so much time to listen to new albums. So even if I hear an album and it’s really good, if nothing about it grabs me right away I may end up forgetting it. Also, naturally I’m going to gravitate toward music either from acts I already know and like or that’s recommended by friends and writers/critics I respect.

These, then, are the ten albums that I have returned to more than any other in 2011 and probably will in 2012. Because at the end of the day, isn’t that the only mark of a good record? 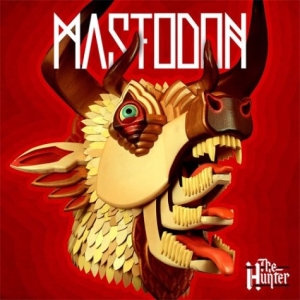 As much as I was disappointed with Crack the Skye, I absolutely love The Hunter. I’ve read a lot of comparisons between it and Metallica’s “Black Album,” and I can see why. It’s more streamlined, direct, and accessible. Of course only time will tell if Mastodon follows this triumph up with a Load-type train wreck. For now I’m simply digging on what to my ears is the best metal release of the year, and an album that is every bit as exciting as Leviathan.

Diehards may bellyache that Mastodon keeps slipping further away from their more metallic, Remission-era origins. I don’t buy that for a second. This band hasn’t been around long enough to get stuck in any one sound, and there has been a clear musical progression with every new release. I for one appreciate that they’re moving away (at least for now) from longer, more complex songs. They just don’t do them as well as short, chaotic bursts of energy like “Black Tongue,” “Blasteroid,” or “Spectrelight.”

But if all The Hunter had to offer were brevity and fire, it would merely be very good. What takes it — and the band — to the next level are off-kilter space metal songs like “Stargasm,” “Octopus Has No Friends,” and “Thickening,” which showcase Mastodon’s unerring sense of melody and songwriting. Those qualities, paired with the band’s ridiculous chops, are what convince me that Mastodon is the premiere metal band in the land.

Oh, and Brann Dailor still frigging owns on the drums. It just had to be said.

You certainly cannot accuse the Roots of getting soft due to their regular gig as the house band on Late Night with Jimmy Fallon. As Undun proves, in fact, their chops are probably as strong as ever.

Call me a pessimist, but I like my latter-day Roots albums dark. In fact, the darker the better. And holy crap, Undun is easily the darkest Roots album since Game Theory. It tells the story (chronologically backwards) of Redford Stephens, a composite based on family and friends of the band, especially emcee Black Thought — who spits rhymes like a man on a mission. It’s not straight-up nihilism, but the overall effect is deeply impacting.

The Roots have clearly been influences by their collaborations with artists like John Legend and Betty Wright. Undun is really more of a neo-soul album than a hip hop album, as evidenced by tracks like “The Other Side” and “Make My.” But even indie rock is well within the band’s purview, courtesy the final four tracks — a cover of Sufjan Stevens’ “Redford,” stretched into four movements replete with a string section and piano (played by Stevens).

Undun is a true album experience, deep and engrossing. ?uestlove’s production is flawless at all times, and he melds traditional instrumentation with samples and orchestration so seamlessly that it’s impossible to peg this record as belonging to any one genre.

#3. The New Mastersounds, Breaks from the Border 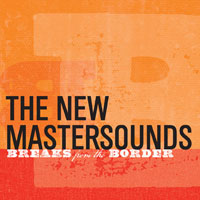 There’s a really fine line between skillfully bringing the sounds of vintage ’70s soul and funk into the new century, and sounding like nothing more than a respectable but ultimately hollow cover band. For just over a decade the New Mastersounds of Leeds, England have been among the finest and funkiest bands on either side of the Atlantic.

Breaks from the Border — the group’s eighth studio LP and first recorded in America — is a masterclass in 21st century rhythm. I’ve read that listening to some albums is like putting on a comfortable pair of old blue jeans. Listening to this record is like putting on… well, I have no fashion sense so I really can’t say, but whatever it is you’re going to have fun wearing it and you will probably get laid. 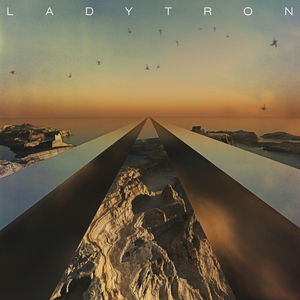 As I said when I reviewed this album back in September, I prefer it to the more upbeat but abrasive Velocifero. There is a certain kind of sadness running throughout the album, but it’s cathartic rather than oppressive. Brian Eno called Ladytron “the best of English pop music” and the group does little to disprove him on Gravity the Seducer. Even straightforward songs like “Mirage” have an expansive, absorbing quality about them that’s hard not to love.

And then there are three of the most outstanding pop songs of the year. “White Gold” and “90 Degrees” are a pair of bleak, icy electropop numbers that combine the best elements of Gary Numan and Depeche Mode (and throw in the enchanting vocals of Helen Marnie and Mira Aroyo as a bonus), while “Ritual” is an instrumental track right out of Discotheque of the Damned. And I mean that in the best way possible. 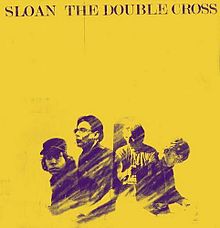 With a dozen songs spread over an economical 34 minutes, Sloan doesn’t waste a single second on The Double Cross. “Follow the Leader” gets right down to business, and proves that the venerable Canadian rockers haven’t lost a step in the last 20 — or XX, as the album title indicates — years. The first several songs melt into one another and you barely have time to catch your breath as Sloan lays out killer harmonies and endorphin-triggering melodies with unrelenting ease.

Just as Blur’s Parklife brilliantly surveyed the British pop/rock scene of past decades, so too does The Double Cross (but with more American flavoring). “Unkind” recalls peak Badfinger, while “Shadow of Love” is vintage New Wave all the way. Elsewhere, “She’s Slowin’ Down Again” is a meaty slab of British Invasion rock. When the band finally eases up at the halfway point with the gentle “Green Gardens, Cold Montreal” the album remains equally as potent. The Double Cross is perhaps the album with the most bang for the buck in 2011. 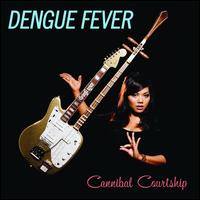 I’m so in love with Chhom Nimol’s voice I could listen to nothing but her isolated vocals from this album, just like with those old rock clips that seem to pop up all over YouTube. Luckily for Nimol and for fans of Dengue Fever the band’s music is still every bit as exotic and alluring as she is on this, their fourth studio LP.

On this album Dengue Fever applies their trademark sound but starts to stretch it out in interesting new directions — there’s the familiar tongue-in-cheek surf rock of “Cement Slippers,” but there’s also the smoky, fuzzy pop of “Cannibal Courtship” and the slinky funk of “Only a Friend” to mix things up. The group’s ever-decreasing reliance on Cambodian native Nimol’s Khmer language can sometimes rob the songs of their air of mystery, but that might just be my hangup.

Prime cut: “Only a Friend” 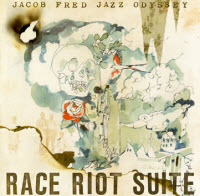 Some of the greatest jazz from the genre’s commercial heyday was borne from the anger and frustration of racism in America. But back in the ’50s or ’60s artists had to be somewhat discrete about that, lest they offend the sensibilities of their audience. Of course we have no need for such niceties anymore in our “enlightened” 21st century world, and thus Tulsa, Oklahoma’s Jacob Fred Jazz Odyssey is free to spend an entire album plumbing the depths of what may be that city’s darkest hour.

But take out the historical context, and Race Riot Suite loses none of its impact. This album is a dynamic melding of traditional (i.e. Dixieland) and modern jazz, with some dashes of hard rock thrown in. I can’t help but think that someone like Duke Ellington would look kindly on this record. I know I do. 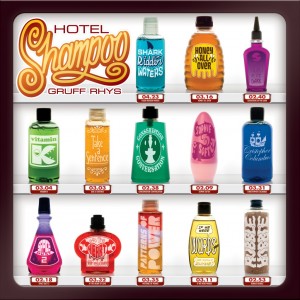 While this may not fit the strict definition of power pop, Hotel Shampoo is powerful pop. Gruff Rhys (he of Super Furry Animals) approaches the music on this record from an oblique angle, so that even though the music is fairly straightforward in composition it still feels fresh and invigorating. To simply call this “indie pop” would be dreadfully reductive.

Swirling keyboards, horns, and strings abound here, and the tunes move between melodic and dense (“Honey All Over” and the Bacharach-inspired “Vitamin K”) and simple and ultra-bouncy (“Sensations in the Dark”). For those who haven’t heard of this album, the closest comparison I can draw is Jim Noir.

And another point in Hotel Shampoo‘s favor — it was featured as part of my Album Cover of the Week series!

Prime cut: “Sensations in the Dark” 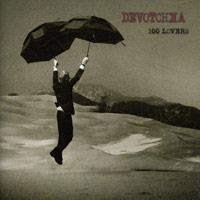 DeVotchKa is like the normal, clean-shaven Spock to Gogol Bordello’s evil, goateed Spock. They both get tagged with the “Gypsy punk” label, but they really are drastically different bands. While the latter revels in its sneering, electric eclecticism, the former often sounds more like a beautiful postcard from an exotic, faraway land.

And make no mistake, the group’s 2011 postcard, 100 Lovers, is always beautiful. The album alternates between the sweeping, cinematic quality of “The Alley” and “The Common Good” and the down-home acoustic thump of “Exhaustible.” In the few moments when DeVotchKa ups the intensity — as on “The Man from San Sebastian”  — the results are stunning. Nick Urata’s quivering tenor and surf-rock inspired guitar line imbue the song with a timeless quality that I’ve returned to over and over. The remainder of 100 Lovers is equally as vibrant. 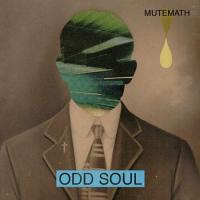 So when I finally got around to sampling Odd Soul it was my most pleasant musical surprise of the year. As much as the group’s first LP wowed me with its technical prowess and intricate arrangements, Odd Soul snagged me with its grit and thunder. I haven’t listened to a lot of the Black Keys, but it seems to me that this album borrows quite a bit from their sound. But no matter where Mutemath got their influences from, Odd Soul is the album that officially won me back as a fan. It grooves, it rocks, and best of all it’s really, really good.

The Rest of the Best

Each of these albums has something to recommend it. But they didn’t make the Top 10 either because they didn’t fully stick with me or I just didn’t have the time to listen as much as I wanted to.