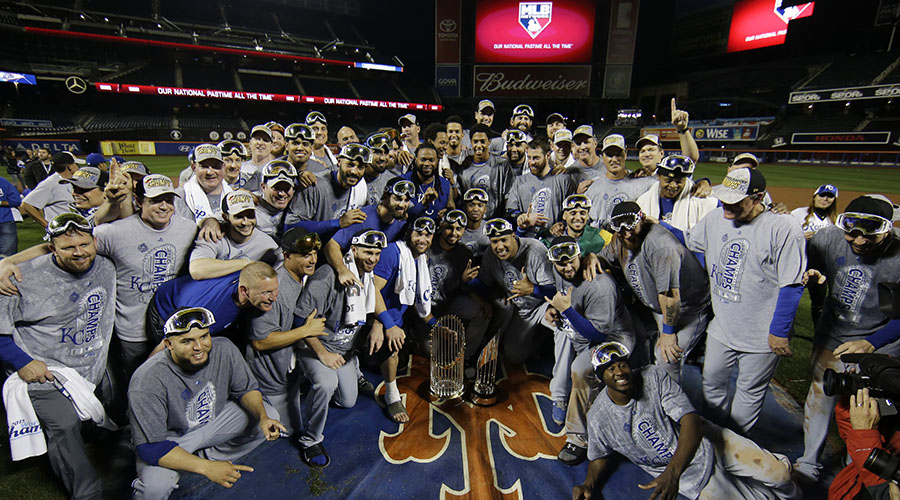 I’ve upped my game with franchise rankings and introduced some new technology to the process — namely, Tableau. To see some other examples of me putting Tableau to good use, check out the Infographics section of my SportsPaper.info site.

Other than making things look snazzy, however, the methodology behind how I’m ranking all MLB franchises remains pretty much intact. So for those who don’t know the rules, here they are again:

The categories and point values are as follows:

One thing that has changed is that thanks to Tableau, I’m able to dig into the numbers in different ways than before. Here’s the graph showing how all current franchises stack up after the 2015 season: 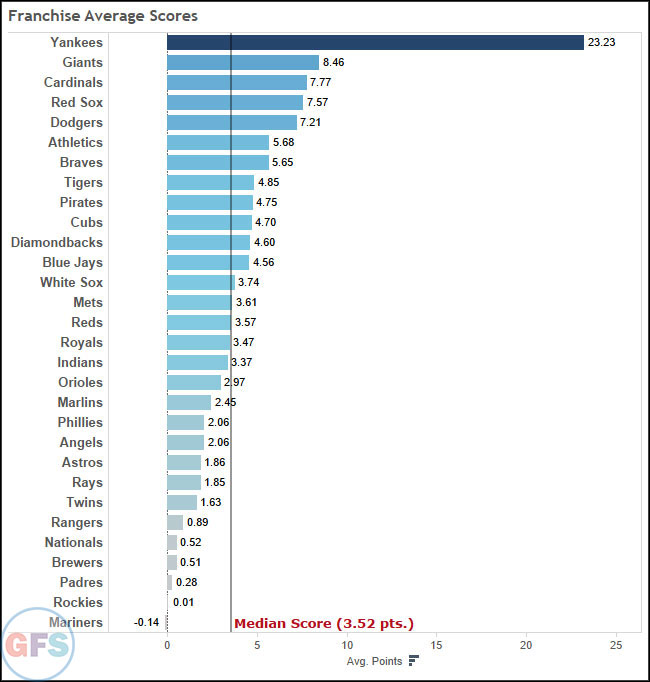 As has been the case ever since I started this project, the New York Yankees hold what looks to be an insurmountable lead over the rest of MLB. Despite losing the AL Wild Card Game to the Astros, the Yanks are still feasting on their incredible 23-year streak of winning seasons.

Here is the full top 10 for this year. For teams who have changed positions from last year, their previous spot is indicated in parentheses.

The Cubs’ Cinderella run to the NLCS allowed them to crack the top 10, sending the Arizona Diamondbacks into the middle tier.

The World Series champion Royals moved up for the 2nd consecutive year, while the NL champion New York Mets went up two spots.

The Angels drop to the bottom third based on rounding, while in the rest of this group several teams swapped spots. The biggest point gainer was the Astros, whose run to the postseason netted them almost a quarter point.

Team of the Decade (So Far)

Here’s a look at how the total scores are shaping up for the 2010s across all of MLB. Click on the chart to see the live version and play around yourself. 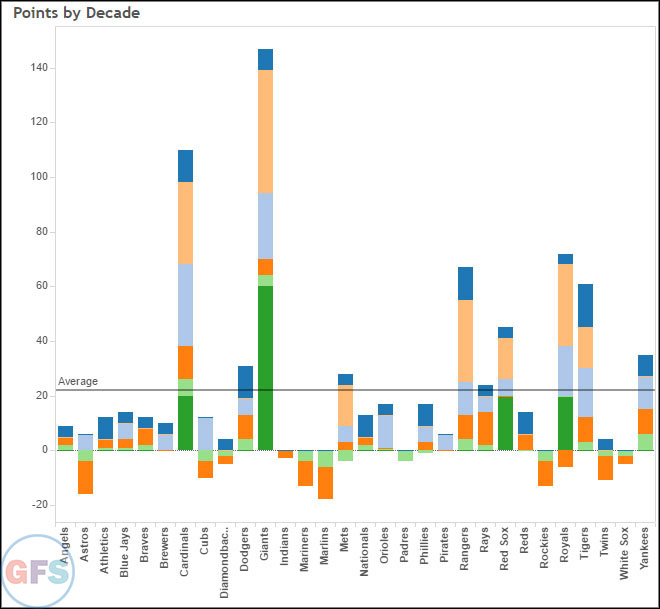 The Royals have propelled themselves past the league average for the decade, but so far it’s the San Francisco Giants’ title to lose. Hot on their heels are the Cardinals, with the Texas Rangers, Royals, and Detroit Tigers not far behind.

The Art of Activision Atari Covers »