Our last trip down View-Master memory lane (1957 New Jersey) was so much fun, I thought we’d hop across the river and do it again.  For this visit we go back another five years, to witness scenes from New York City circa 1952.  I only have four images to present in this series, mainly because landmarks like the Statue of Liberty and the Chrysler Building look pretty much the same now as they did back then, so there’s little point in showing them (unless you really want me to). 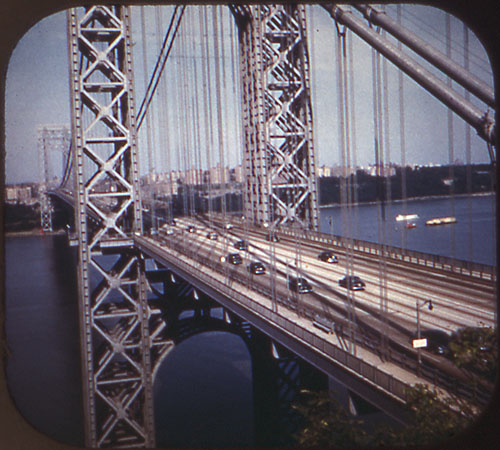 Faithful and long-time readers of this site might remember that the George Washington Bridge was featured in the third part of the New Jersey View-Master series.  It’s worth seeing again for two main reasons.  First, dig those sweet old cars.  *drool*