I don’t even like soap operas, especially the daytime variety, but this 1981 promotional image from Procter & Gamble Productions was too cool not to share. It features six P&G soap opera title cards from the 1981-82 television season, which aired on the three major broadcast networks. They are Search for Tomorrow, Another World, Texas, The Edge of Night, As the World Turns, and Guiding Light. 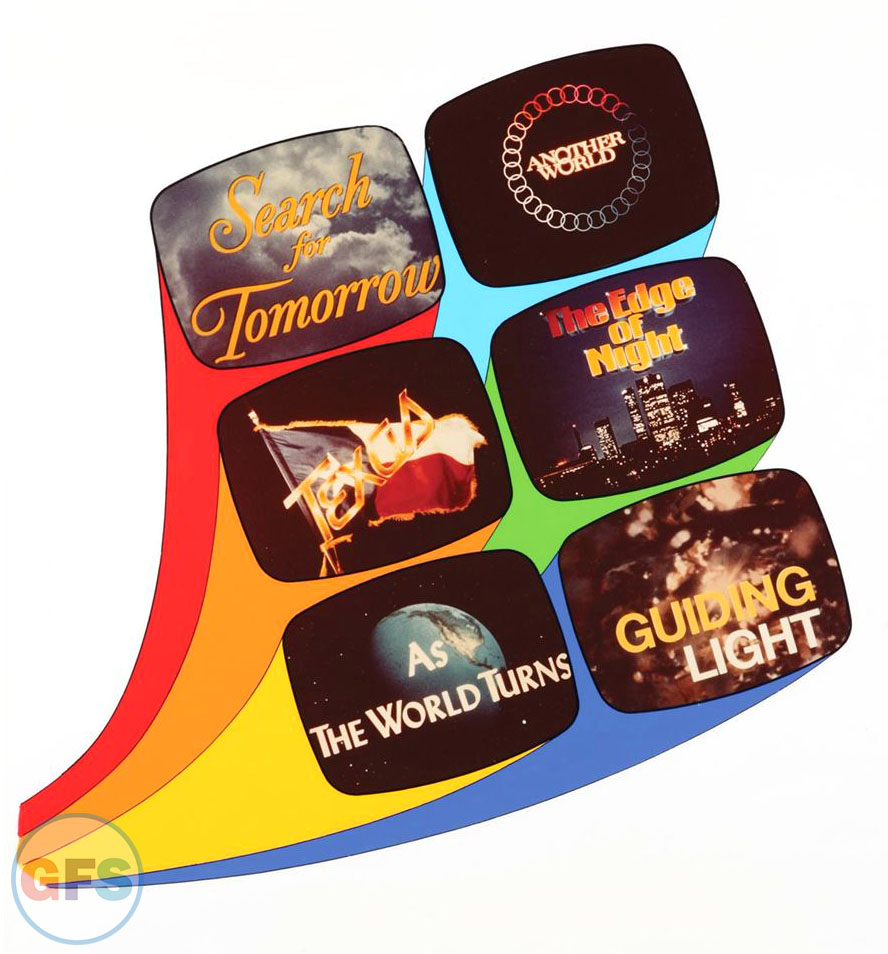 A few of these I had never heard of, and now I know why. Texas only aired from 1980 to 1982, while The Edge of Night went off the air in 1984. Only As the World Turns and Guiding Light lasted into the 21st century.

Speaking of that last one, my buddy Jeff Giles from Popdose is working on what is sure to be a great book for GL fans, called Llanview in the Afternoon: An Oral History of One Life to Live. It’s not available for sale yet, but you can check out the Facebook page for the project to find out when it is.