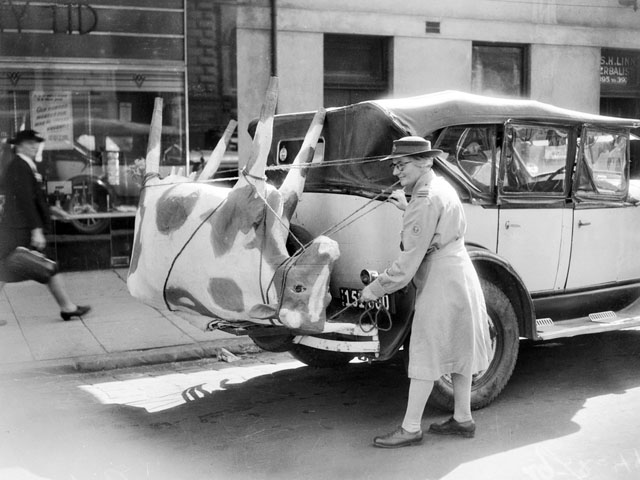 I have no reason for sharing this photo, other than the fact that it’s so random and so odd that it must be seen. It comes to us via the Australian War Memorial’s collection, and shows a rather unique scene from the Australian home front.

This odd photo was shot on February 29, 1944 by the Herald Newspaper in Melbourne, Victoria. Here is the description, which makes no note of the priceless expression on the face of the woman walking by the car:

A papier-mache cow, used for milking demonstrations at the Werribee experimental farm, being tied on to the luggage carrier of Mrs. Mellor’s car for transport to the farm. Mrs. Mellor is a Field Officer in charge of the Women’s Land Army Mont Park training depot.

« Beautiful Billboards #1: 7 Up Is Canvenient