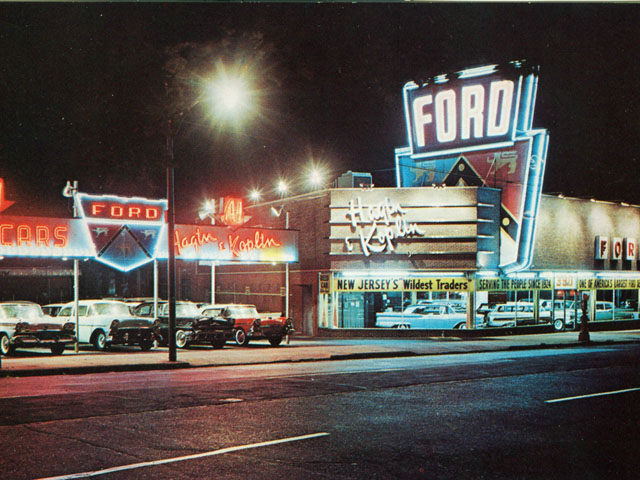 It’s difficult to remember for many, but once upon a time Newark, New Jersey was a thriving city and a point of pride for the state. And while I’m not going to claim that the Hagin & Koplin Ford dealership was the jewel of Newark, it sure made for a damn gorgeous photo. 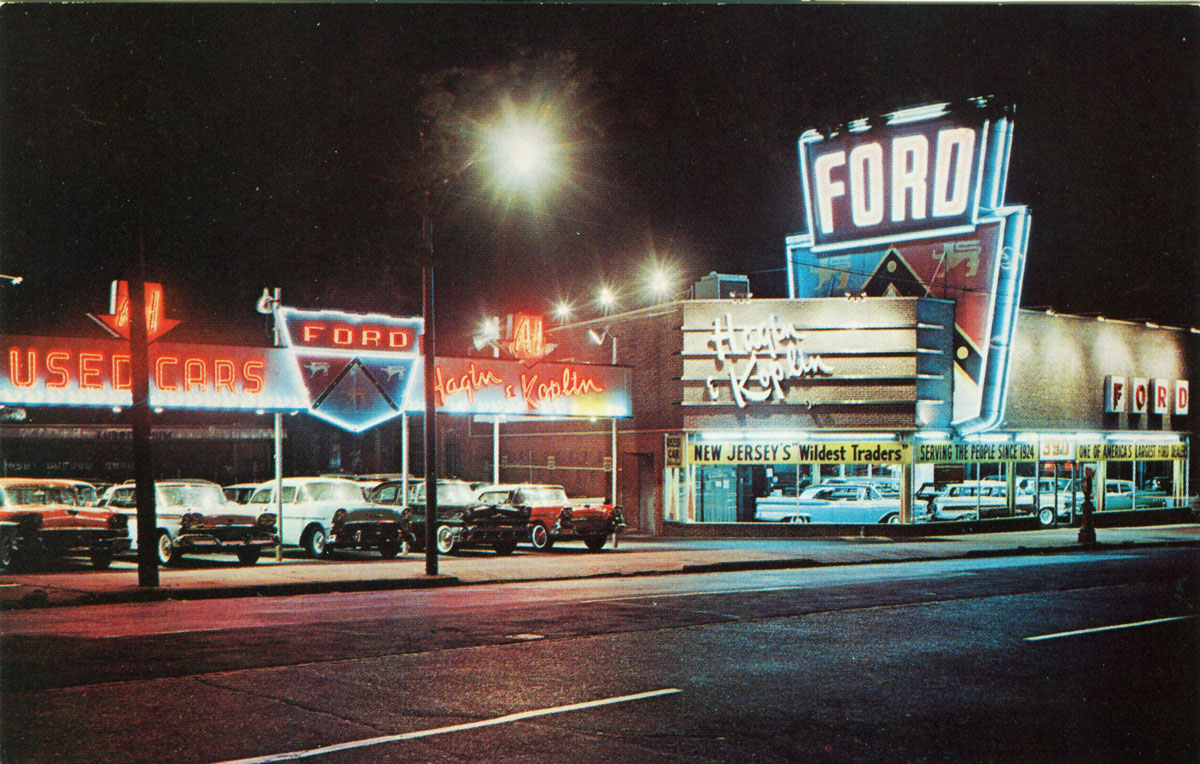 As urban car dealerships go, this is a beauty. While the main showroom building is pretty nondescript, it’s the signage that really makes this shine. The big, bold usage of the Ford crest — first introduced in 1950 — with its neon adornments is of course the first thing to strike the eye. I especially love how the crest was integrated into the building itself, something that must have cost extra to build.

The cars on this lot have been identified as 1959 models, so this photo was likely taken some time between August 1958 and August 1959 (give or take a month), which coincides with the typical U.S. model year period.

I don’t know what ever became of the Hagin & Koplin Ford dealership, but as late as 1967/68 they operated a Volkswagen dealership at 380 Elizabeth Avenue in Newark. That much is apparent from this VW bus brochure with the dealership’s stamp on it. Whatever building was at that address is now an overpass for Interstate 78.