I wasn’t around to witness the fallout — no pun intended — of the Soviet Union’s detonation of Tsar Bomba on October 30, 1961. It was and still is the biggest test of a nuclear weapon, in terms of explosive yield. It packed a destructive force approximately 1,400 times the combined power of the Hiroshima and Nagasaki atom bombs.

Needless to say, America was a little spooked. So in its November 10, 1961 issue, Life magazine ran a story on the bomb, and a companion piece on nuclear fallout. To demonstrate the effect of radiation on a human body, a plastic skeleton partially filled with fluorescent fluid was used.

Here’s the photo of the dummy used in the article: 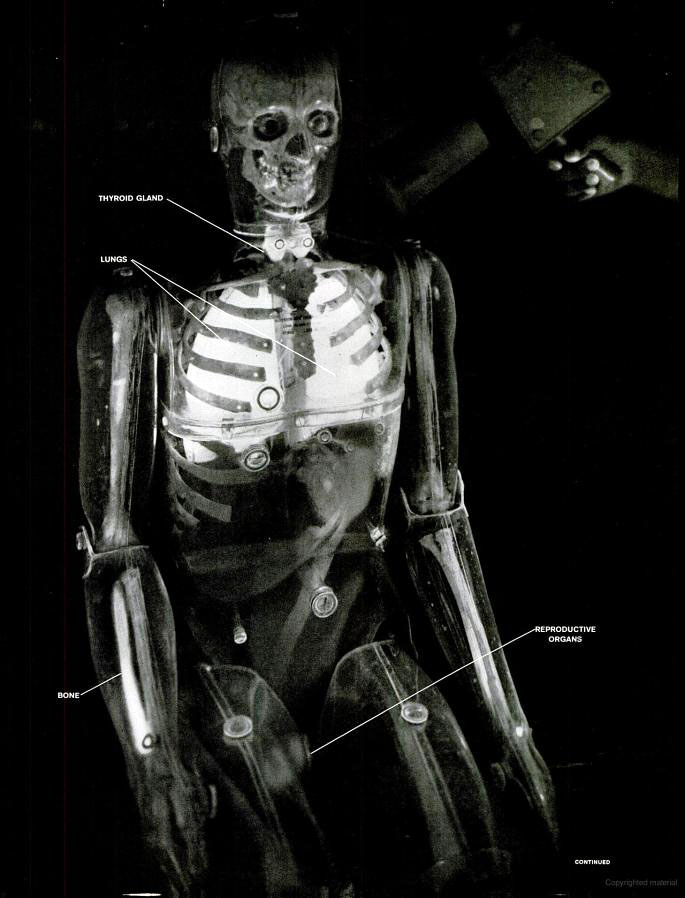 As the article explains,

[the] thyroid gland in neck becomes a repository of iodine 131. Strontium 90 lodges in the bones. Lung tissue retains some inhaled radioactive dust. Cesium 137, which migrates to soft tissues, may change cells in reproductive organs and produce mutations in succeeding generations.

Here are a few unused photos from the session, as well as the unedited version of the one from the article. These were all shot by Frtiz Goro. 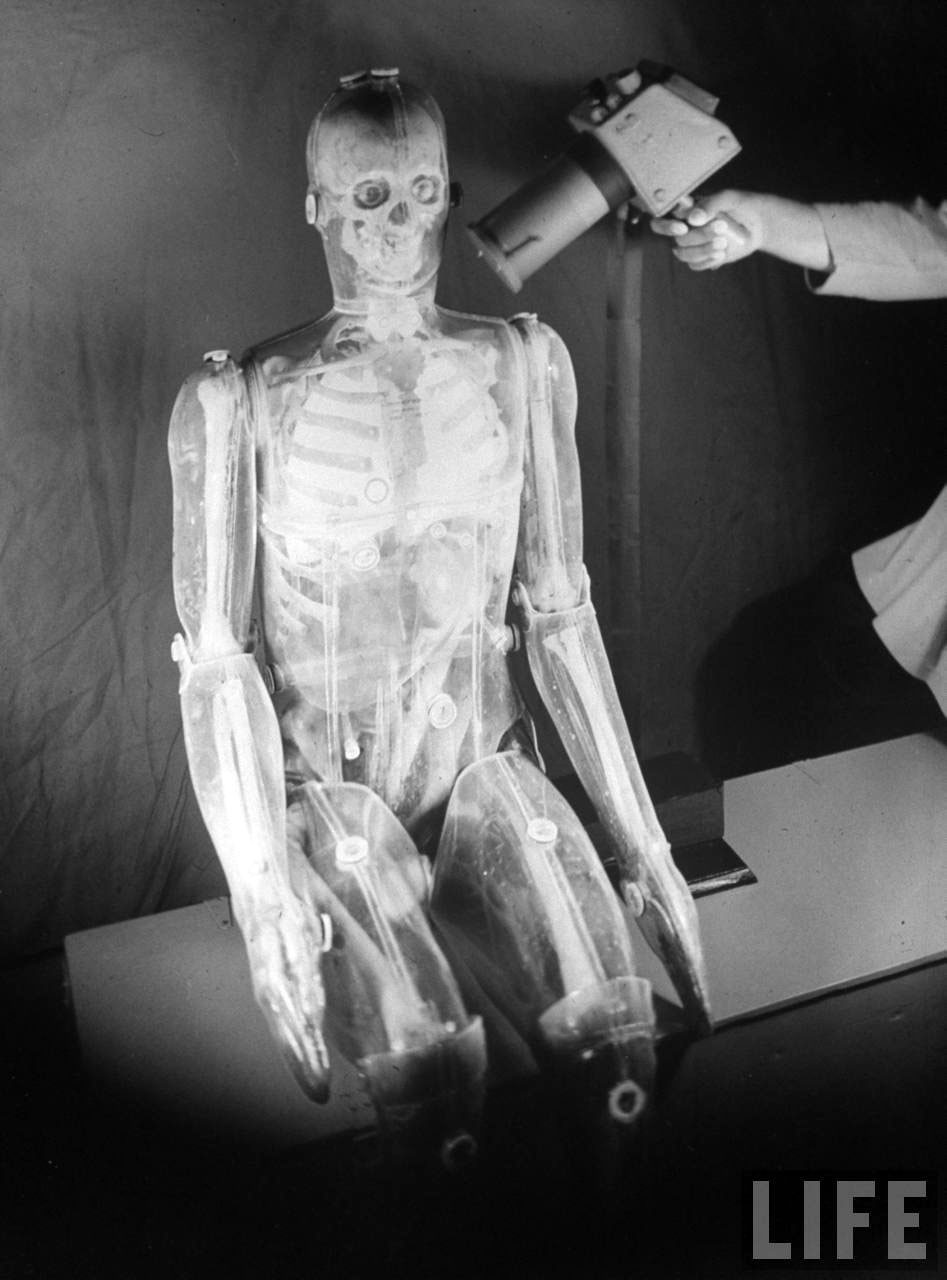