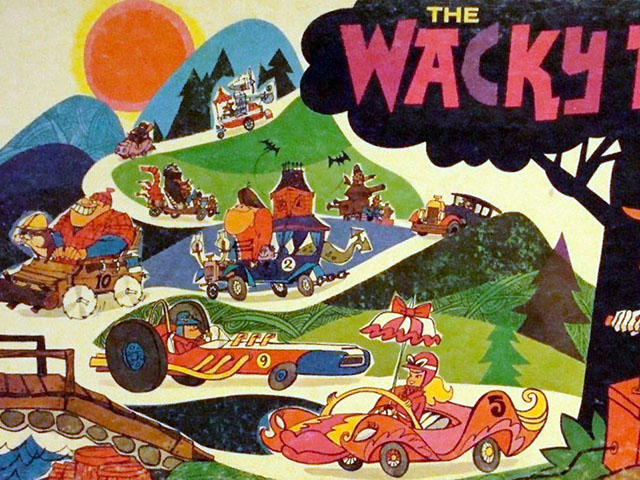 For the first entry in my new series, Vintage Tabletop, we’re going to take a look at one of the countless TV tie-in board games of the 1960s — Wacky Races. It’s based, quite obviously, on the 1968 Hanna-Barbera cult classic cartoon of the same name. 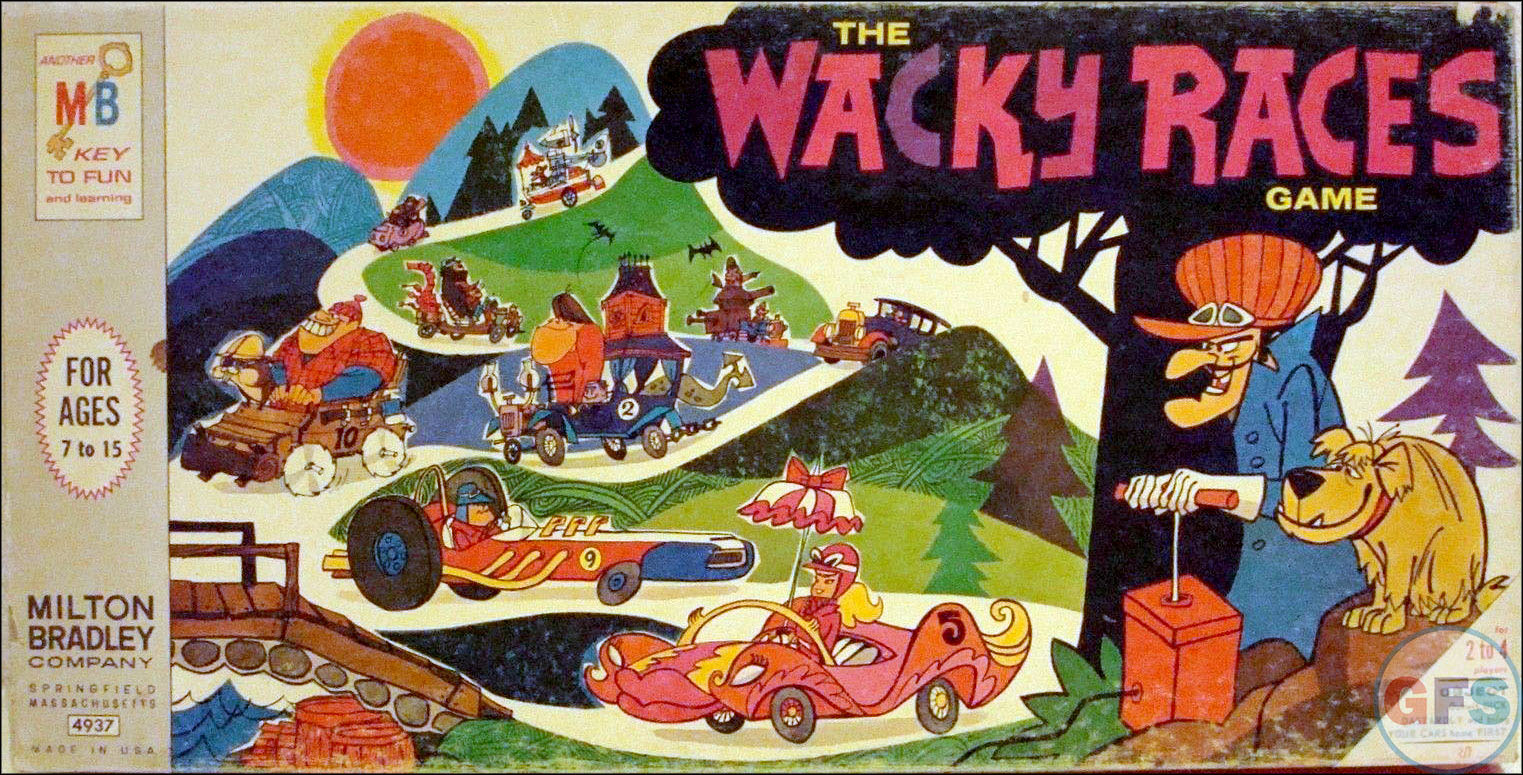 Released by Milton Bradley in 1969 (the same year the short-lived series ended), Wacky Races is a 2-4 player game targeted at the 7-to-15 age group. It’s a fairly straightforward dice racing game, and the object is to beat the villainous Dick Dastardly to the finish line with your racer. Or as the game puts it, “The players maneuver their crazy autos across the countryside tying to avoid the traps set up by the villain, Dick Dastardly.”

There are small cardboard cutouts for all the vehicles seen in the show — the Boulder Mobile, Buzzwagon, Bulletproof Bomb, Creepy Coupe, Compact Pussycat, Crimson Haybailer, Convert-A-Car, Arkansas Chugabug, Turbo Terrific, and the Army Surplus Special. Not included is Dastardly’s car, the Mean Machine.

Game play is beyond simple — roll the dice and move your car the same number of spaces on the board. If another player lands on your space, your racer goes back to the start. If you land on any space with a pink dot, you’ve hit one of Dastardly’s traps and lose one turn making “repairs.” In this way, Wacky Races borrows liberally from other racing games like Mille Bornes and Touring, as well as Parcheesi.

High-quality images of the board and its pieces were not easy to come by, but here are a few that should give you a good idea of what Wacky Races looks like.

If you want to see the game and its pieces a little more up close, check out this eBay auction video.

An updated version of the Wacky Races board game was released in 2001, which introduced cards into the mix. In addition, there have been at least two or three Wacky Races video games released on various platforms (most recently on the Nintendo Wii), which bear precious little resemblance to the original board game.