The original Star Trek TV series ended in 1969, but its enduring popularity was evident not long after. Fan demand for new adventures led to the 1973-74 animated series, and it’s from that period that this neat Star Trek toy comes from. It’s an Inter-Space Communicator, released in 1974 by a British company called Lone Star. Hell, I’d like just the packaging, featuring a surprisingly decent illustration of Kirk and Spock. 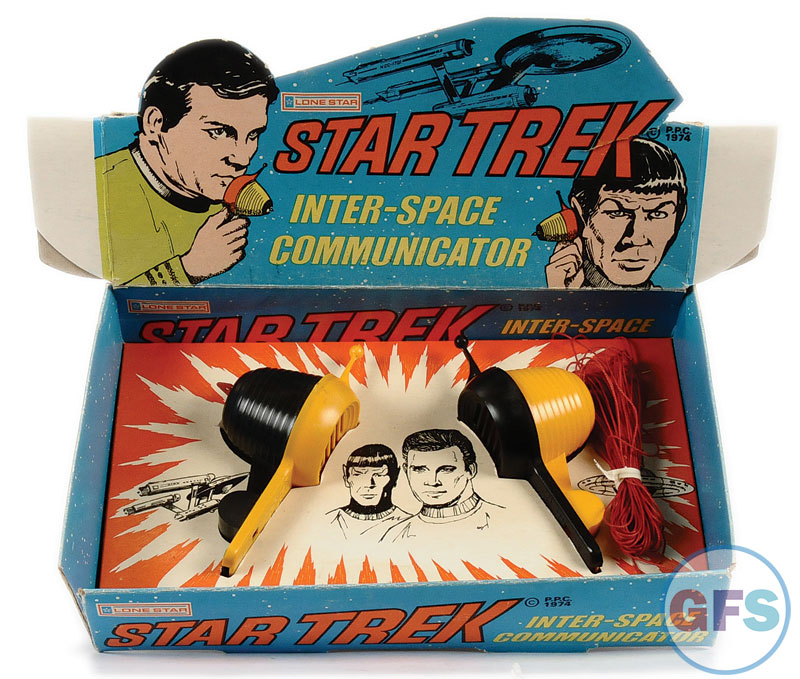 In case it wasn’t immediately obvious, the communicators here worked with a string attached between them. To the future!