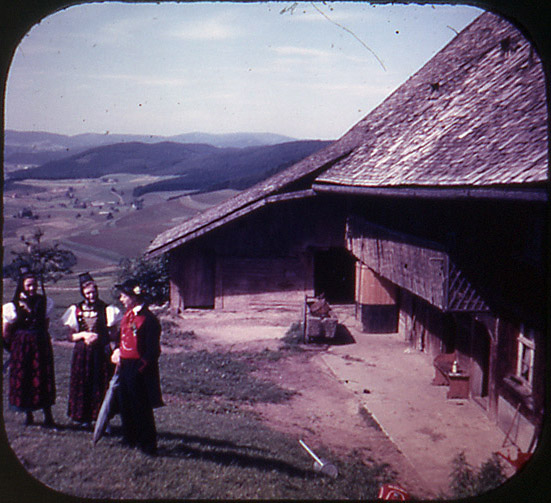 And so ends our three-part journey through 1960s Germany (as presented by View-Master). Today we say auf wiedersehen to Bavaria and head northwest to the states of Baden-Württemberg, Rhineland-Palatinate, North Rhine-Westphalia, and Lower Saxony.

OK, so not every View-Master picture can be a winner. 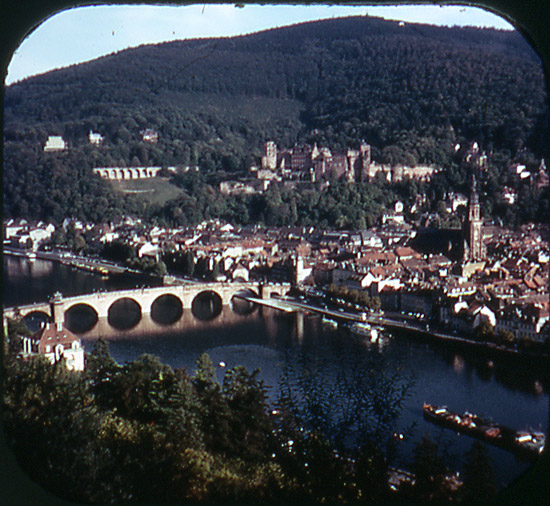 This bridge has spanned the Neckar River since 1786. That’s a long time.

The Reichsburg Cochem had its first documentary mention in 1130. In 1151, it was occupied by King Konrad III, who declared it an Imperial castle. In 1688, the castle was overrun by French King Louis XIV’s troops in the course of the Nine Years’ War (known in Germany as the Pfälzischer Erbfolgekrieg, or War of the Palatine Succession), and the following year, they destroyed it. The castle complex long lay in ruins before in 1868 it was bought by the Berlin businessman Louis Fréderic Jacques Ravené for 300 Goldmark and then reconstructed in the Gothic Revival style.

Since 1978 it has been owned by the town of Cochem and is administered by a company named Reichsburg GmbH. 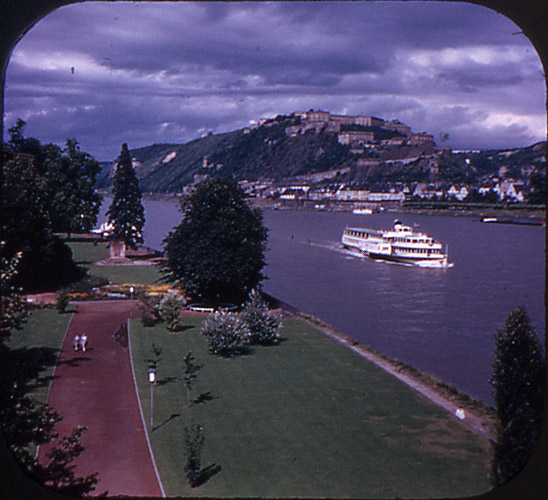 Koblenz was one of the military posts established by the Roman military commander Nero Claudius Drusus about 8 BC, and celebrated its 2000th anniversary in 1992. 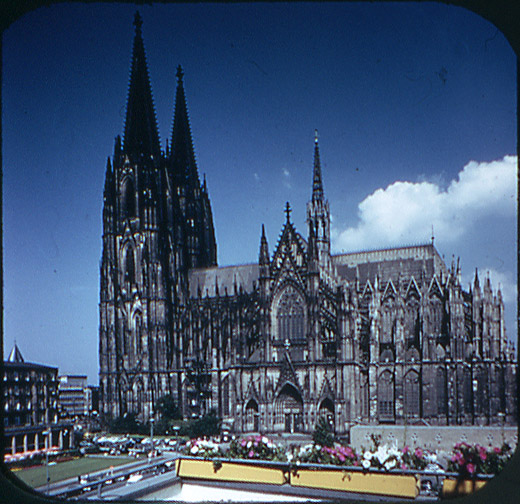 The cathedral in Cologne is the seat of the Archbishop of Cologne (currently Cardinal Joachim Meisner), and is the country’s most visited landmark. Construction of Cologne Cathedral began in 1248 and took, with interruptions, until 1880 to complete. 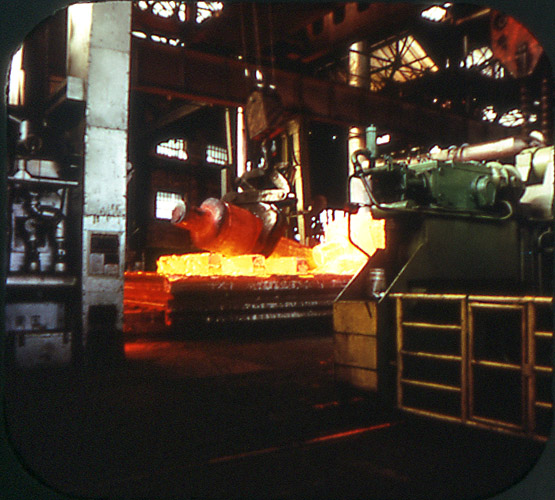 Friedrich Krupp built the first steel foundry in Essen in 1810. For more than a century Krupp was one of Germany’s most important suppliers of military equipment (in particular cannons). 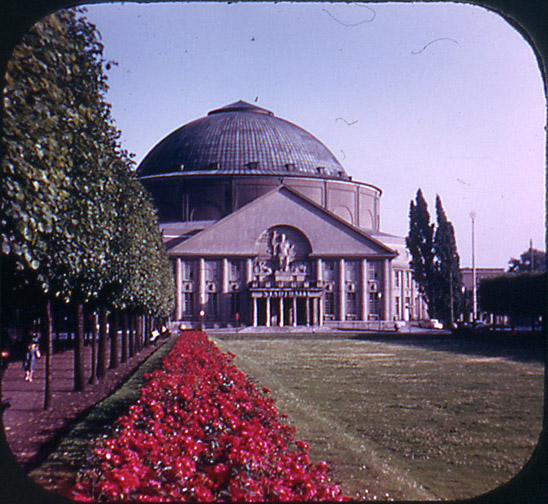 Well this is a perfectly lovely way to end our trip, wouldn’t you agree?