Why The Hell Should I Like… A Tribe Called Quest? 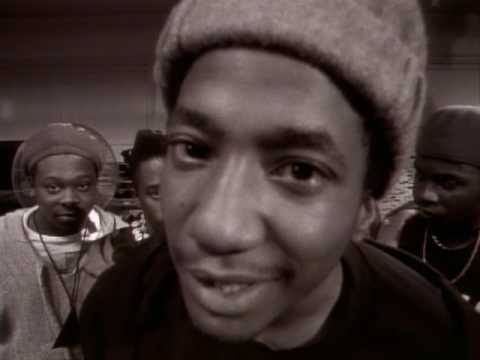 “Why the hell should I like… ?” is an experiment of sorts between Popblerd and The Man in the Gray Flannel Suit. What we’re going to attempt to do is to pick 10 songs from our favorite artists — one for which the other has professed dislike or disinterest — and show them why they’re wrong (or why they should be interested.) 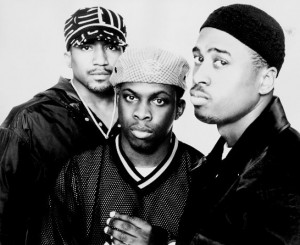 A Tribe Called Quest is a pretty serious contender for the best rap group of all time. Formed in the late ’80s by childhood friends Jonathan Davis (Q-Tip) and Malik Taylor (Phife Dawg), the group recruited DJ Ali Shaheed Muhammad and, joined by on-again off-again member Jarobi White, Tribe went on to become one of the most critically and commercially successful “legitimate” hip hop acts of the early ’90s. The Low End Theory (1991) and Midnight Marauders (1993) are almost universally regarded as classics.

Along with similarly-minded rap crews like De La Soul and the Jungle Brothers, Tribe was part of the Native Tongues collective, a group of artists who did much to expand the vocabulary of hip hop’s ideology and fashion in addition to making great music.

Like most great musical partnerships, Tribe didn’t last especially long — they split up in 1998 — but Q-Tip has gone on to a fairly successful career as a solo artist, producer, DJ, actor, and multimedia personality, while the other members have also enjoyed more quiet success. Tribe has reunited on several occasions and just this past summer a documentary about the group, Beats, Rhymes & Life, was released to great acclaim. Although the movie went into great detail about the power struggle and bitter feelings that characterize the relationship between the group’s two main members, hope springs eternal in the minds and hearts of Tribe fans (including myself) for a full-on reunion that includes new music.

It was pretty difficult to put this list together. To me, Tribe’s first three albums combined do not have one skippable track. Q-Tip’s most recent album, The Renaissance, was another masterpiece. However, if you put a gun to my head and made me choose the 10 best Tribe/Tip-related songs, here’s what I’d pick.

(Spotify users can check these songs out on the Why The Hell Should I Like… A Tribe Called Quest? playlist.)

1. “I Left My Wallet in El Segundo” (from People’s Instinctive Travels & the Paths of Rhythm, 1990) — Tribe’s first official single signaled that they were going to be ever-so-slightly off the beaten path from what was considered “real hip hop” at the time. The music was softer (even though the drums bang on this one), Q-Tip’s voice was quieter, and their whole vibe was much more whimsical than the folks who were at the head of the hip hop table at the time (LL, Public Enemy, BDP, Rakim). Nevertheless, this song proved that Tip’s storytelling skills were at the top of the heap, no matter how “different” he and his group may have sounded.

2. “Bonita Applebum” (from People’s Instinctive Travels & the Paths of Rhythm, 1990, remixes found on Revised Quest for the Seasoned Traveler, 1992) — Might be the best hip hop love song of all time. The original version is shy, almost coy. The “Hootie” remix, which utilizes samples of The Isley Brothers’ “Between the Sheets,” is a little more upfront, and there’s yet another remix that utilizes Carly Simon’s Chic-produced “Why?” that’s more than a little odd (but still good). Despite the high quality of the revised versions, the hazy vibe of the original makes it my favorite.

3. “Scenario” (from Low End Theory, 1991) — Probably Tribe’s best known song, it’s not really about anything, but why should it matter when a song is this energetic? Even the normally reserved Q-Tip sounds (relatively) hyped. Of course, any song that features Busta Rhymes is going to kick it up a notch, energy wise. This was the first in a long career’s worth of scene stealing cameos from Mr. Rhymes before he got ‘roided up and turned into a common thug.

And for one of the best “remixes” in hip hop history, go here. 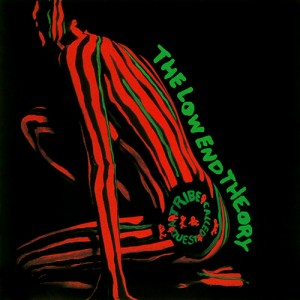 4. “Jazz (We’ve Got)” (from Low End Theory, 1991) — Tribe gets unfairly saddled with the “jazz rap” tag. Despite the fact that some of their songs used jazz textures (and many of the songs on The Low End Theory utilized a live bassist), I always thought that was an unnecessary ghetto-ization. Of course, naming a track “Jazz” may not have helped their cause much. The video adds the bottom-heavy (but what song on this album isn’t?) “Buggin’ Out.”

5. “Hot Sex” (from the Boomerang Original Motion Picture Soundtrack, 1992) — Finding a Tribe Called Quest song on the otherwise R&B-flavored “Boomerang” soundtrack was… odd, to say the least. Golden-era Tribe doesn’t flow into Toni Braxton or Boyz II Men too easily. Nevertheless, this song became a fairly sizable radio hit and features Tribe at their most upbeat, with a typically energetic verse from Phife. Also, the lyrics have nothing to do with sex, hot or otherwise.

6. “Midnight” (from Midnight Marauders, 1993) — My favorite all-time Tribe song, this song allegedly features Raphael Saadiq, but I can’t tell on what. He certainly doesn’t sing. I’m assuming he plays bass. At any rate, this song, already great from a musical perspective, is made even better by Q-Tip’s narrative. This song SOUNDS like New York City at midnight. It’s got the right dark texture.

7. “8 Million Stories” (from Midnight Marauders, 1993) — Phife Dawg’s turn to shine. The film “Beats, Rhymes & Life” finds Phife bemoaning his second-banana status, and… well, I’m not really sure what to make of it. From an outsider’s perspective, it might seem obvious that Q-Tip was Tribe’s Alpha Dog, but it’s worth mentioning that the music suffered when Tip became more obvious a front man on the lyrical as well as on the musical tip. Listening to songs like this, it could even be argued that Phife was the better emcee.

“And to top it off, Starks got ejected.” As a Knicks fan during that era, I felt Phife’s pain something awful.

8. “Electric Relaxation” (from Midnight Marauders, 1993) — Another (sort of) love jam from Tribe. Nowhere near as subtle as “Bonita Applebum,” the lyrics are occasionally crass in a playful sort of way. I’ve known some people to be turned off by the lyrics, but to me it’s just a confirmation that sex can actually be kinda fun.

In typical Tribe fashion, this video has damn near nothing to do with the actual song.

9. “Believe” (from Q-Tip’s The Renaissance, 2009) — Q-Tip’s first solo album, Amplified, was… well, it included a song with Korn. That’s all I have to say about that. His second album, Kamaal the Abstract, went way to the left musically and featured Tip singing in addition to rapping. It was pretty good in an abstract (no pun intended) kind of way, but his label shelved it and it went unreleased for almost a decade. His official second album, The Renaissance, was his best work in a decade and a half, and this spiritual collaboration with D’Angelo was one of the reasons why.

The album version is apparently blocked from YouTube. So we have to settle for this inferior (and faster) version. Meh.

10. “Life is Better” (from Q-Tip’s The Renaissance, 2009) — On this song, Tip recruited the beautiful and talented Norah Jones for a bouncy romp through hip hop history. Makes me wonder what Norah would sound like if she did a more contemporary-sounding record.

And now, I patiently await your rebuttal!

« Cross-pollination: Beyond the Wonder (Right Said Fred) on Popdose

Here’s some stuff I enjoyed this week »