You know something else Hitler ruined? 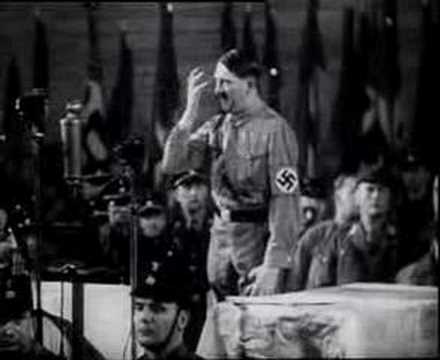 I’ll tell you what – he totally ruined yelling for German people.  Seriously, I can’t look at any German getting all foamy at the mouth or maybe even pounding a table without thinking of this:

So after all that business with World War II, how can any German politician give a really powerful, emotional speech and not be compared to Hitler?  It doesn’t even matter what he’s talking about.  He could be going on a rant about something trivial, like his favorite Scorpions song, and if he starts getting too loud all the Germans would be like, “Woah dude, calm down, we don’t want to be invaded again or anything.”

Logic tells you that this kid is just a spaz, but admit it – you were just a little scared there for a minute.  Thanks for nothing, Hitler.

« 2009 – The year in recorded musical performances

2 thoughts on “You know something else Hitler ruined?”