You Know You Want This Styx Van from 1979, So Don’t Pretend Otherwise 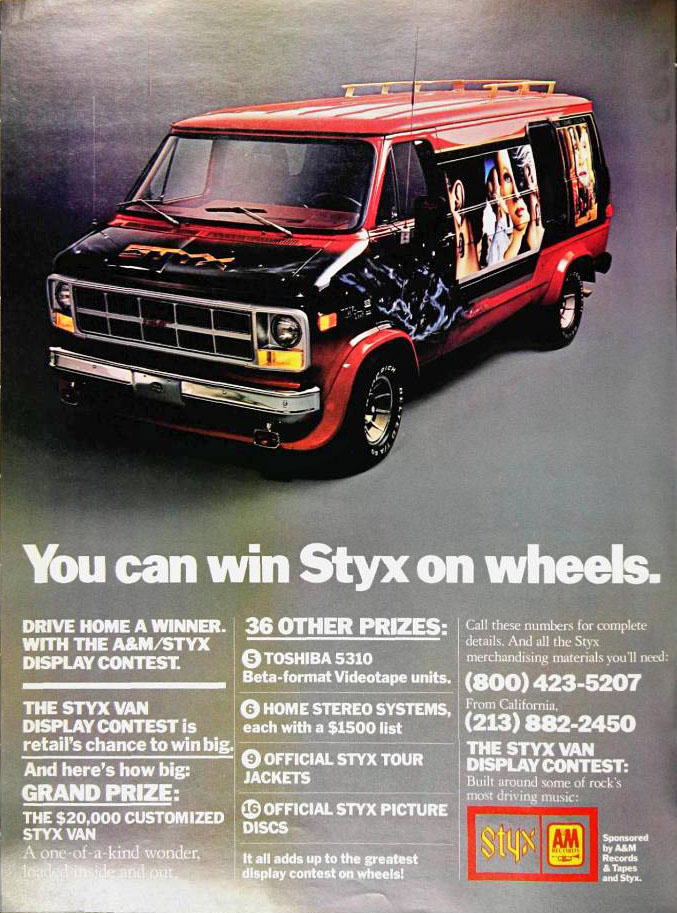 Straight out of a Billboard magazine issue from February 1979 comes this groovy beauty:

Laugh all you want, but this made total sense in ’79. Styx was huge at the time, having released the successful Pieces of Eight album in September 1978. It was one in a string of multi-platinum records for the band. So who wouldn’t want to rock the paradise with a painted Styx van featuring album art from Pieces of Eight and The Grand Illusion? I’d like one of the tour jackets too, please.

Hell, I’d drive one of those bad boys around today. You can keep the Betamax player though.

2 thoughts on “You Know You Want This Styx Van from 1979, So Don’t Pretend Otherwise”