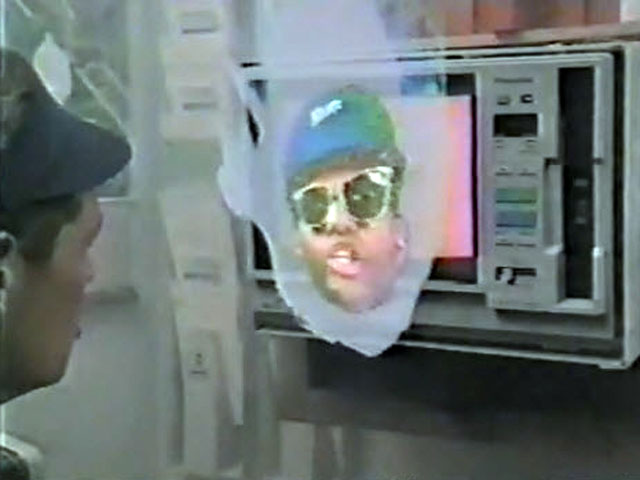 As much as we (OK, I) like to mock the typical fast food employee for having rather low career aspirations, I know that’s kind of unfair. After all, someone has to cook that food and process those orders, right? And it’s not like most people in fast food service are looking to make a career out of it. It’s just a job. A shitty, smelly, greasy job with terrible wages. But one with awesome employee training films and videos.

Speaking of which, let’s look at some of those classic employee training videos for various fast food chains and share a good laugh, OK? OK.

Long the king of fast food, McDonald’s has more than 33,000 locations worldwide. All those employees rely on cutting edge, informative and entertaining training films to guide them while working under the glow of the Golden Arches. Instead they get warmed over crap about smiling a lot and not pissing all over the customer. I suppose that’s not intuitive for some.

Huh. So Mickey D’s employees were actually trained to not be surly and unhelpful? I think corporate needs to bust out this video again, based on what I’ve seen during my last few visits. And they need to bring back those light blue uniforms too, they’re most excellent.

But as this next video shows, it’s the attention to detail that separates McDonald’s from the rest of the fast food pack. Why, even the custodial staff gets a multimedia training blitz. Just think, you could be the next “McC”!

I’m starting to think that this mysterious “McC” only appears after prolonged exposure to cleaning chemicals.

Thanks to this Burger King training film from the early ’80s, I will never forget the haunting “Remember Me (Love Theme from Burger King).” What I also won’t forget is that in a roughly 11-minute video aimed at new Burger King employees, we don’t even see a Burger King location at all. Not even a single Burger King employee. Instead we just get what looks like a prequel to Falling Down, minus all the hilarity and gunplay.

Hardee’s may only be #5 among fast food chains in the U.S., but it’s not for a lack of totally snazzy training videos. Take, for example, this epic three-parter from 1986. Hardee’s really gets what customer service is all about. No, not being friendly or courteous, but sell, sell, sell!

Man, Hardee’s does not leave anything to chance, do they? They have the entire meal assembly process down to a science.

Yes, I have saved the best for last. I am not exaggerating one bit when I say that “Grill Skills” from 1989 may just be the greatest film of any genre, training or otherwise. This thing has it all. Late founder Dave Thomas opines on the glory of his “old-faishoned haimburgers,” he introduces the revolutionary four-corner press method, and oh yeah, THE WENDY’S GRILLING RAP SONG.

Both parts of “Grill Skills” are here, but if you just want the glory of the greatest piece of mass market rapping since “Zip Zap Rap,” just skip to about 3:30 into the first video. Astute music fans will note the shameless pilfering of a piece of Pink Floyd’s “Welcome to the Machine” just before the song starts, which is all kinds of ironic.

Oh lord is that ever glorious. I need to watch it again.

I’m struck by one thing watching this 1985 KFC training video, other than the fact that out of all the videos in this roundup, this is easily the blandest and squarest one. No, what I realize now is that working at KFC (at least circa the mid 1980s) seems really, really dangerous. Like some kind of low-paid Fear Factor segment. The only thing separating the average KFC employee from horrible third-degree burns due to super-heated shortening is, well, nothing really.

Let Me Tell You, You Do NOT Want to Get Tangled Up with Satan’s Daughter »