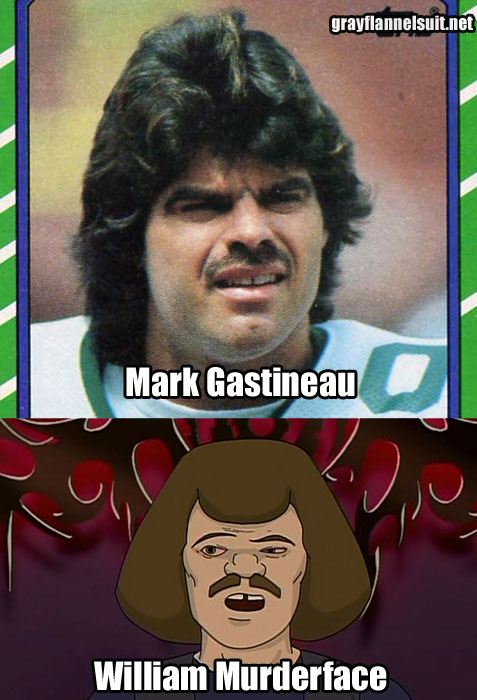 One of them was one of the most feared defensive linemen in the National Football League in the 1980s, and was a member of the New York Jets’ vaunted New York Sack Exchange. The other is the bassist in the virtual/real death metal band Dethklok, as seen on the show Metalocalypse. The question is… were Mark Gastineau and William Murderface separated at birth?