Once upon a time, there was a Journey that was not massively successful. I speak of course about the band’s first three albums — which were certainly harder and more progressive than later material, but were nonetheless not very popular.

So for this entry let’s look at one of those three albums, and the one with the weirdest cover — 1976’s Look into the Future. 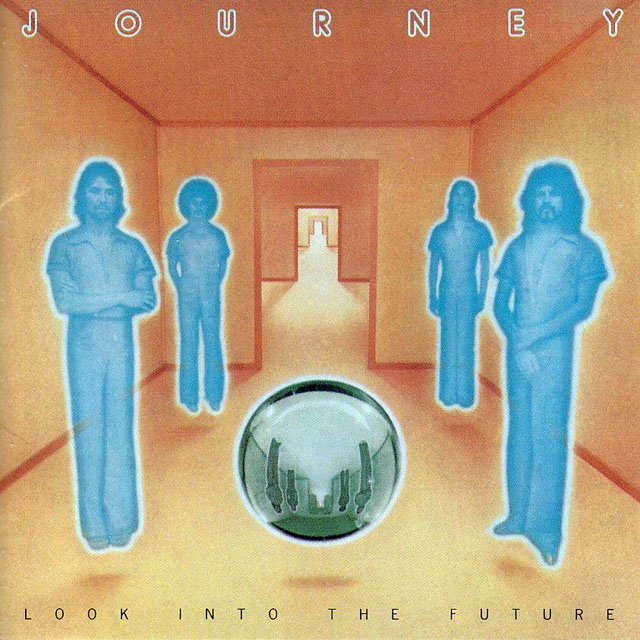 So it looks like we’ve got a little bit of an MC Escher thing going on here, but less complex. It does fit with the vibe of Look into the Future, however, which is definitely more progressive and jazzy than the band would become after Steve Perry joined.

Journey, which was a five-piece outfit for their first album, lost rhythm guitarist George Tickner and was reduced to a quartet. The four band members, shown here as floating blue spirit beings, are (clockwise from the back left) guitarist Neal Schon (and his epic ’70s afro), bassist Ross Valory, keyboardist/vocalist Gregg Rolie, and drummer Aynsley Dunbar.

Later CD issues of Look into the Future add a dark red band around the edge of the cover. The scan you see here is from a 1976 CBS Records U.K. release.