Behold These Vintage NFL Team Pennants from the Early 1950s

I stumbled across this beautiful set of six NFL team pennants recently, and had to share. The listing states that these are from the 1940s and ’50s, but I suspect they all probably date from either 1950 or 1951. I say this because of the pennant for the New York Yanks, a now-defunct franchise that played as the New York Yanks, New York Bulldogs, and Dallas Texans (not the same as the AFL Texans of the ’60s).

The Yanks only existed under that moniker for the 1950 and ’51 seasons, so no way the pennant was made before then. Likewise, the San Francisco 49ers didn’t join the NFL until 1950. And while it’s possible the pennants for the Rams, Steelers, Packers, and Lions pre-date 1950 I don’t think they do. 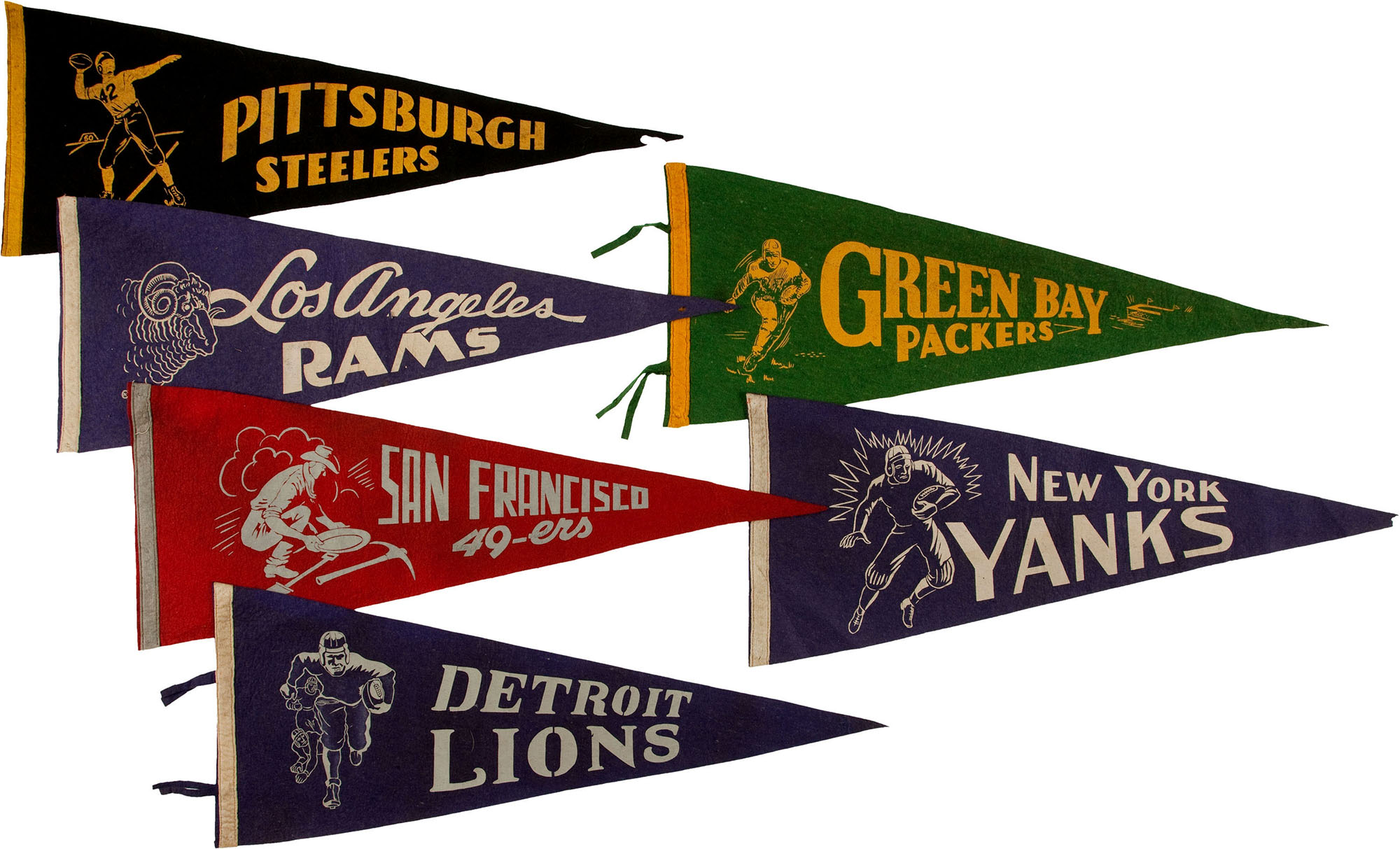 Click on the image for the full-size version, and enjoy some vintage mid-century NFL paraphernalia. To see how five of these franchises stack up in my all-time NFL rankings, click here.