Now Playing: On the Waterfront 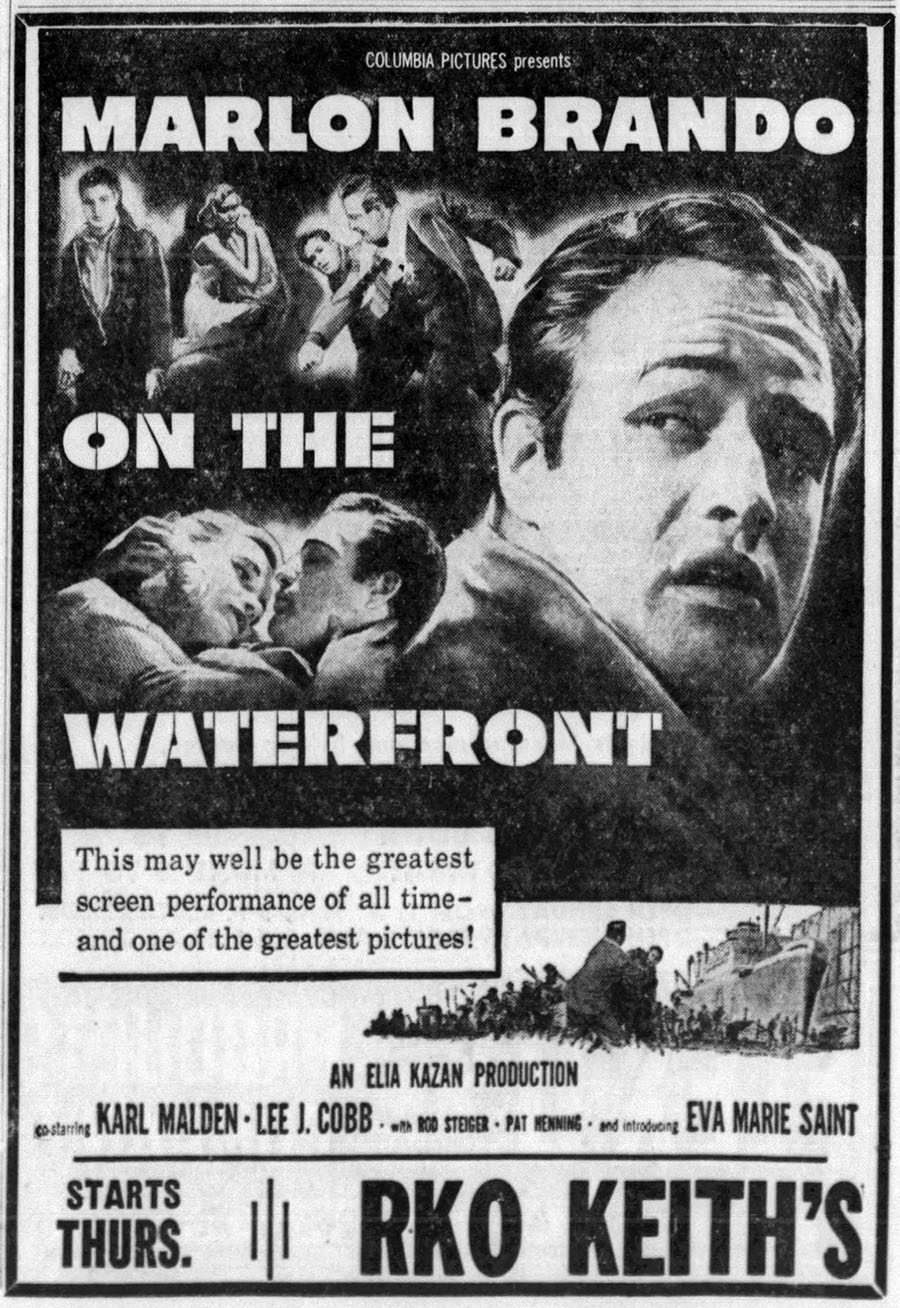 From the September 26, 1954 edition of the Dayton Daily News comes this ad for Elia Kazan’s On the Waterfront, starring Marlon Brando. The movie, a genuine box office smash, had already been out a few months when this ad ran. Although it didn’t earn nearly the money that blockbusters such as White Christmas or Rear Window did, it earned eight Academy Awards including Best Picture.