We’ve all seen at least one article showing the worst album covers of all-time. But what about the music inside? Should you judge an album by its horrible cover? Well in this series, we’re going to find out. Today we examine Merry Christmas & Happy New Year by The Mom and Dads.

I’ll say this much for the 1972 holiday album Merry Christmas & Happy New Year by the Mom and Dads — if ever there was a Christmas album that sounded exactly like you would expect it to, this is it. I’m not going to sit here and judge whether or not that’s a positive thing; I’m just throwing it out there as a heads up of sorts. 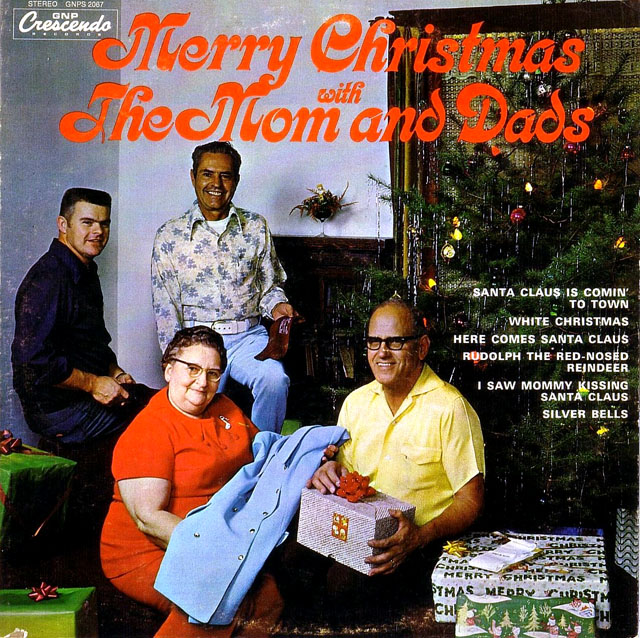 Yes, that’s the actual group on the cover. We’ve got (l to r) Quentin Ratliff (saxophone), Harold Hendren (drums), Doris A. Crow (piano), and Leslie Welch (accordion) looking resplendent in their early ’70s finery. But in case this photo wasn’t enough to entice you into buying the album, check out the back cover! 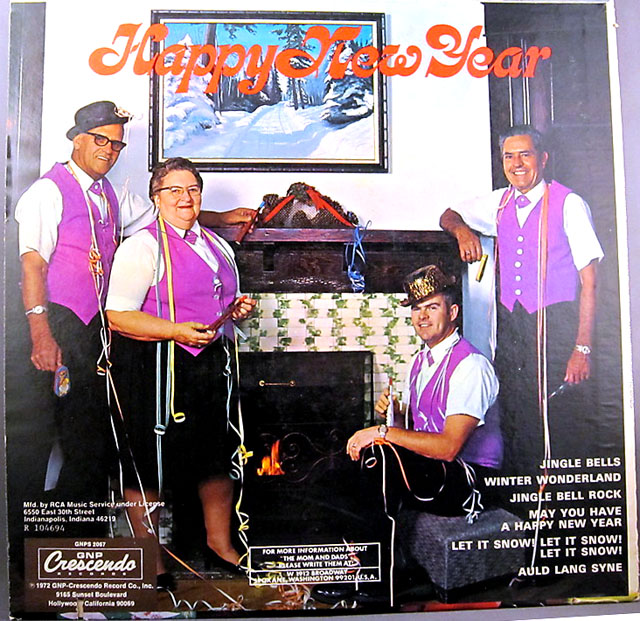 So just who are the Mom and Dads? Well, they got their start in the early ’50s and were based out of Spokane, Washington. They played on a part-time basis early on, and specialized in waltzes, polkas, country & western… you know, music for moms and dads. They did actually achieve some commercial success, believe it or not.

Turns out that two of the group’s LPs charted in Canada in the early 1970s, and they claim several gold and platinum albums north of the border. Their biggest taste of Stateside success came in 1971, when their album The Ranger’s Waltz reached #85 on the Billboard Top 200 and #4 on Billboard’s Country chart. A single of the same name bubbled under at #101.

With that in mind, a Christmas album makes sense. It’s what most acts do when they get a taste of success, right? And I guess as holiday cash-ins go it’s not horrible. At least it’s in keeping with the band’s typical sound, which is to be commended. It’s pleasant enough alright, and sounds like the type of music you’d hear played live at an American Legion or Elks Club Christmas party.