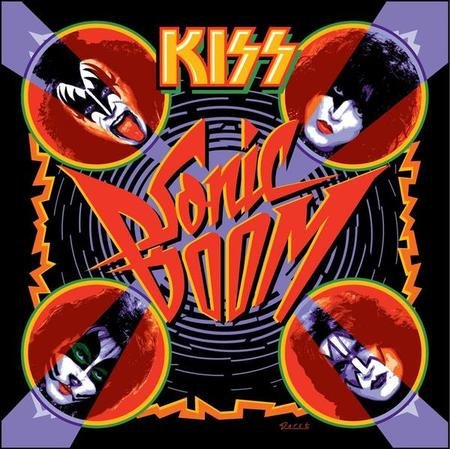 As sure as I’m sitting here, I never thought I’d see the day that I would write about a new Kiss album that isn’t a total rehash of old songs.  But it’s real and it’s coming – the unfortunately titled Sonic Boom is only a month and a half away.  Not only that, the band has released its first new single – “Modern Day Delilah” – since 1999.  There’s nothing official on YouTube yet (and I won’t bother linking to an unofficial version since it’d probably be gone in minutes), but interested parties can hear the song in its entirety on Kissonline.com (a word of warning – the stream is very loud and there is no volume control).

I have to say, while this is not groundbreaking music by any stretch, it’s a lot better than I expected from a group that for the most part hasn’t been musically relevant since I was a teenager.  Paul Stanley’s voice is showing signs of wear, but he’s still giving it his all.  Eric Singer’s drumming is solid and locked into a good groove, while Tommy Thayer turns in a respectable (if a little derivative) guitar solo.

The musical rebirth of Kiss?  Probably not.  But based on this one tune I at least hope the nasty aftertaste of Psycho Circus will be washed away at long last.