There’s a lot to love about this Post Sugar Crisp ad from 1955, not the least of which are the classic ’50s bear mascots: 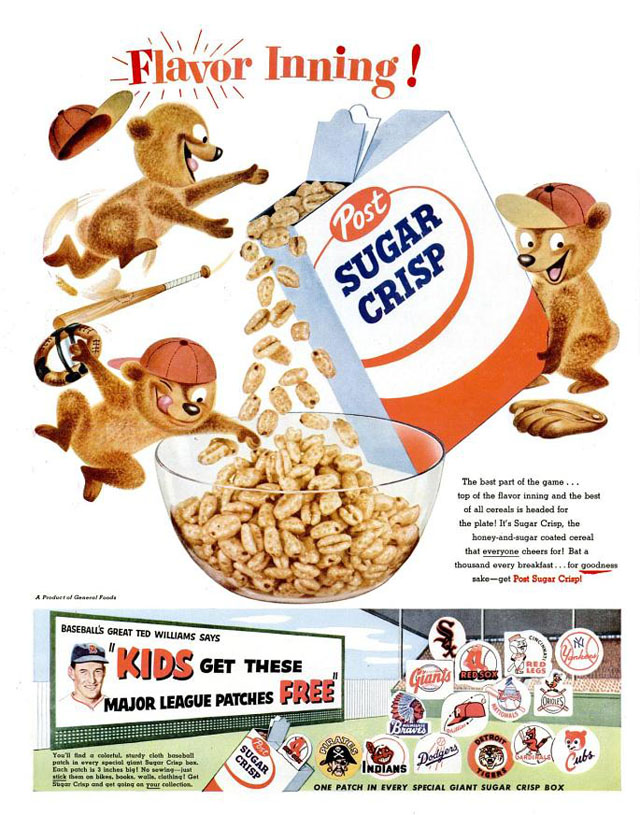 But what drew my eye was the gaggle of vintage baseball logos on the bottom. They’re actually MLB patches Post gave away with the cereal, and the legendary Ted Williams gives his smiling approval.

Welcome to Cardboard America on GFS! »